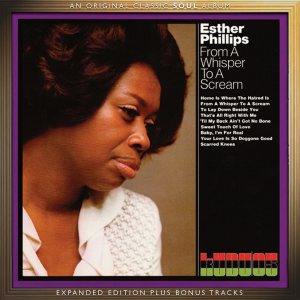 SoulMusic Records has kept a busy profile in recent months on both sides of the Atlantic. A quartet of the label’s recent U.K. releases spotlight memorable voices from across the R&B spectrum.

The one-time “Little Esther,” a.k.a. Esther Mae Jones, a.k.a. Esther Phillips, came to CTI Records’ Kudu imprint in 1971 as a veteran artist. Though she was just shy of 36 years old, she already had 22 years of her career behind her. If Atlantic Records was unsure of the best setting in which to place Phillips’ distinctive voice, Kudu’s Creed Taylor had the formula from Day One. Taylor surrounded the vocalist with the best of his crossover-jazz roster on fresh, funky and contemporary songs, embracing soul, jazz, pop, and later, disco. The result was From a Whisper to a Scream, the subject of a new, expanded SoulMusic reissue.

From a Whisper to a Scream was named after the Allen Toussaint composition. Esther’s future musical director Pee Wee Ellis and Jack Wilson traded off arrangement duties on the album’s songs, with CTI “house arranger” Don Sebesky sweetening some tracks with his trademark strings. Richard Tee, Bernard Purdie, Eric Gale, Hank Crawford and Airto Moreira all added their instrumental prowess. The album’s nine tracks included another cut from the New Orleans piano man, “Sweet Touch of Love,” as well as songs from Eddie Floyd (“That’s All Right with Me,” “’Til My Back Ain’t Got No Bone”), Marvin Gaye (“Baby I’m for Real”), Big Dee Irwin (“Your Love is So Doggone Good”) and Gil Scott-Heron (the wrenching “Home is Where the Hatred Is,” on which Esther laid her soul and her own personal demons bare). Whisper garnered a great deal of attention when Aretha Franklin won a Grammy for her Young, Gifted and Black LP and turned it over to fellow nominee Phillips: “I liked Esther’s record…I felt she could use encouragement,” the generous Queen commented.

From a Whisper was reissued earlier this year as part of the Australian Raven label’s package of Phillips’ first four Kudu LPs. SoulMusic’s new edition, however, adds four bonus tracks (one of which also appeared on the Raven set) from the same December 1971 sessions which yielded the album. These tracks – Carole King’s “Brother, Brother,” Leonard and Jane Feather’s “How Blue Can You Get,” Craig Lockhart’s “Don’t Run to Him” and Stanley Styne and Donald Kahn’s “A Beautiful Friendship” – were all previously issued on CD by Sony. SoulMusic’s David Nathan adds new liner notes with a personal touch, and Alan Wilson has remastered. 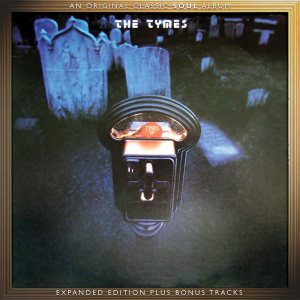 Philadelphia vocal group The Tymes, best-known for their 1963 chart-topper “So Much in Love,” found themselves experiencing a happy career renaissance with their RCA 1974 single “You Little Trustmaker.” Both the 45 and the album from which it was derived, Trustmaker, announced that it was once again time for The Tymes. Weathering the departure of George Hilliard (who was replaced first by Charles Nixon and then by Jerry Ferguson), the group pressed on for a second RCA long-player which is receiving its CD debut from SoulMusic Records. Tymes Up was a New York/Philadelphia crosstown affair, reuniting The Tymes with Trustmaker arranger/conductor and Philly soul veteran Richie Rome. Tymes Up brought the sextet’s vocal sound into a disco context, with disco pioneer Tom Moulton handling the final mix on the LP produced by Billy Jackson. Rhythm tracks were laid down by Jackson and Rome in New York, with strings, horns and additional voices added at the epicenter of Philly soul, Sigma Sound, by Don Renaldo’s Horns and Strings and The Sweethearts of Sigma.

A “who’s who” of soul, R&B and disco provided songs for the album, including Fonzi Thornton (“If I Can’t Make You Smile,” “God’s Gonna Punish You” and “To the Max(imum),” Chuck Jackson and Marvin Yancy (“It’s Cool”) and the unusual team of Four Seasons songwriter Sandy Linzer and Russian producer Boris Midney (“Hypnotized”). The sleek style of Tymes Up owed not just to the dancefloor but to the sophisticated soul stylings of Thom Bell and Gamble and Huff; the latter production duo had, ironically, declined a place on the Philadelphia International roster to The Tymes when the hometown group submitted for a place on the label.  Tymes Up performed respectably, reaching No. 40 R&B/No. 202 Pop. Its singles fared even better, with “It’s Cool” reaching No. 3 R&B/No. 68 Pop, and both “Only Your Love” and “To the Max(imum)” hitting No. 3 on the disco survey. Two more RCA albums followed. SoulMusic’s CD issue of Tymes Up includes comprehensive new liner notes from Charles Waring, new remastering from Alan Wilson, and two bonus tracks – the single edits of “God’s Gonna Punish You” and “Only Your Love.”

After the jump, we have a look at recent reissues from Lenny Williams and Benét, plus track listings and pre-order links for all four titles! 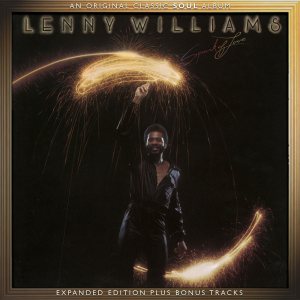 Lenny Williams, once the lead singer of Tower of Power, teamed with Motown veteran producer Frank Wilson for his 1977 ABC Records debut Choosing You, reissued earlier this year by SoulMusic. Williams and Wilson followed that up with Spark of Love, and now SoulMusic is doing the same with a reissue of that sophomore record. With just eight tracks – five of which exceeded the five-minute mark – Spark of Love (like Tymes Up) embraced the sound and style of disco but also made room for the lush R&B that became Williams’ trademark in Tower of Power. It became Williams’ only gold solo LP.

The centerpiece of Spark of Love, Williams and Michael Bennett’s “Cause I Love You,” was first recorded by Williams at Motown for his 1975 album Rise Sleeping Beauty. He and Wilson slowed the tempo and played up the song’s drama, creating a Quiet Storm moment with a theatrical rap. Though “Cause I Love You” was never issued as a single, it fuelled sales of the LP, and today is oft-sampled by a generation of hip-hop artists. Williams’ vocal style was never subtle, and Spark of Love indulged the vocalist’s biggest moments. Wilson assembled a core of ace musicians in Hollywood to play the arrangements which he crafted with Bruce Miller and Jerry Peters (strings) and Bruce Miller and Clarence Drayton (rhythm section): King Errisson, Leonard Caston (of Caston and Majors), Greg Phillinganes, Abe Laboriel, Lee Ritenour, “Wah Wah” Watson, Jack Ashford, Jerry Hey and Paulinho DaCosta among them.

SoulMusic’s reissue presents the album in its original sequence (a prior MCA reissue reshuffled the songs) and adds three bonus tracks – the single of “You Got Me Running” and both sides of “Midnight Girl” b/w “I Still Reach Out.” Rashod Ollison provides new liner notes, and Alan Wilson has remastered. 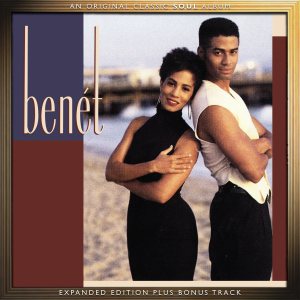 Today, Eric Benét may be best-known as Halle Berry’s ex-husband. But SoulMusic has excavated the Grammy-nominated singer-songwriter’s 1992 album with the duo Benét, consisting of Eric and his sister Lisa. Benét united Eric, of the group Gerard, and Lisa, of the group Beat Crazy, for one LP on the EMI label. Five songs (one half of the album) were written by Eric with the Benéts’ cousin George who was one of a number of producers on the LP. But the first song recorded for the LP, produced by George and smooth/fusion jazz keyboardist Jeff Lorber, was a cover of Paul Williams’ and Roger Nichols’ Carpenters hit “Rainy Days and Mondays.”

That exquisitely melancholy classic took its place alongside the Benét/Nash compositions and songs by Sami McKenney with Les Pierce (“Something Real” and “’Til We Meet Again”) and Denise Rich and Michael O’Hara (“Stranger Things Have Happened”). Lisa and George rounded out the album with their joint composition, “In the Spring.” Benét was eclectic, incorporating traditional R&B, adult contemporary pop, new jack swing, rap and jazz into its heady brew. One bona fide jazz legend, trumpeter Freddie Hubbard, even contributed his horn to Eric and George’s “He Said, She Said.” But, as Eric Benét remembers today in the new liner notes, the label promoted the album to urban radio despite its crossover qualities, and once it failed to take off on urban radio, upper brass felt there was no hope in pushing it to AC stations.

SoulMusic’s reissue positions Benét as a lost R&B gem worth rediscovering. A. Scott Galloway provides fascinating and detailed liner notes that take the form of an interview with new quotes from Eric and Lisa, George Nash, Jeff Lorber, and Allison Ball-Gabriel, the A&R executive who signed the duo to EMI. One bonus cut has been added here, the 12-inch instrumental mix of “Only Want to Be with You.” Alan Wilson has again remastered the reissue produced by David Nathan.

All four of these SoulMusic reissues are available now from the Cherry Red label, and can be ordered at the links below!