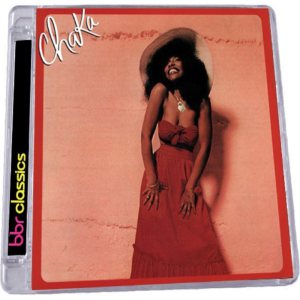 Chaka Khan announced her solo freedom with “I’m Every Woman,” the euphoric opening track on 1978’s Chaka. At 25 years old, Khan was already a veteran of the funk-rock band Rufus with whom she had recorded landmark hits like “Tell Me Something Good” and “Sweet Thing,” but Chaka took her passionate style in a new, mainstream R&B direction. The Warner Bros. album, produced by the legendarily versatile Arif Mardin (Dusty Springfield, Bette Midler, The Bee Gees), placed Khan’s powerful voice front and center with the support of the cream of New York’s session scene. BBR has newly remastered Chaka for its 35th anniversary.

Ashford and Simpson’s fiery “I’m Every Woman,” tailor-made by the songwriters for Khan, would be a tough act to follow on any album. But the musically sophisticated Mardin, renowned for having “the greatest ears in town” as per one accurate tribute, curated a selection of songs to show off each facet of Khan’s vocal instrument. Khan had the intuition of a jazz singer, the pipes of a gospel singer, the grit of an R&B shouter, and the intuition of a pop star – making for an unbeatable, distinctive style.  The album boasted a remarkably consistent sound in no small part due to the participation of the top-tier musicians who were well-versed in both pop and jazz, among them The Brecker Brothers, Richard Tee, David Sanborn, Airto Moreira, and Will Lee.

Don’t miss a thing!  There’s more on Chaka, plus Instant Funk and Silver Convention, after the jump!

“Life is a Dance” came from the pen of Gavin Christopher, who had previously contributed a number of songs to Rufus’ albums. It was an expectedly funky, upbeat jam, but sat comfortably on Chaka alongside David Lasley and Lana Marrano’s satiny ballad “Roll Me Through the Rushes.” George Benson, the Wes Montgomery disciple who had become one of Warner Bros.’ biggest pop stars, dropped in for a duet on his own “We Got the Love.” Khan co-wrote the majestic “Some Love,” highlighted by its liquid bass groove by Mark Stevens, punchy horns courtesy of the Breckers and David Sanborn, and swirling, disco-ready strings arranged by Mardin. “A Woman in a Man’s World,” from Andrew Kastner and Larry John McNally, was a driving pop confection also enhanced by Mardin’s dramatic orchestration; the duo also wrote the album’s memorable “Sleep on It.” Lalomie Washburn’s “The Message in the Middle of the Bottom” is another jazz-funk workout, and Chaka even paid homage to Stevie Wonder (writer of Rufus’ “Tell Me Something Good”) with an update of his 1967 Motown hit “I Was Made to Love Her” as “I Was Made to Love Him.”

BBR’s new edition lacks bonus material but adds a lengthy, definitive essay from Christian John Wikane which features fresh recollections from Arif Mardin’s son Joe, Randy Brecker, George Benson, David Lasley, and many others. A tribute to Khan is also provided by a “Who’s Who” of soul including Roberta Flack, Cissy Houston, Nona Hendryx, Melba Moore, Ava Cherry, Lisa Fischer and others. Reissue producer Wayne A. Dickson has remastered Chaka, which is stylishly packaged in a Super Jewel Box.  Note that Amazon erroneously has this release listed as an “Expanded Edition”; the link below, however, is correct. 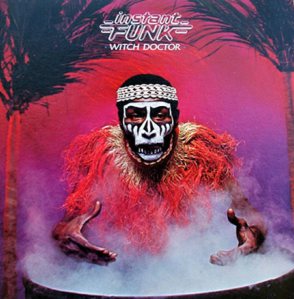 Big Break has returned to the Instant Funk catalogue with the Philly disco-funk outfit’s sophomore album for the Salsoul label, Witch Doctor. It’s fair to say that Instant Funk was a late-blooming success. At Gamble and Huff’s Philadelphia International empire, Instant Funk had served as a backing band and recorded one album in 1976 for the TSOP imprint, Get Down with the Philly Jump. (Instant Funk also worked its magic for non-PIR artists such as Evelyn “Champagne” King on her smash hit “Shame.”) When composer/producer/guiding light Bunny Sigler defected to the upstart Salsoul label, the nine-person band followed him. At Salsoul, the group continued to back not only Sigler but other artists including Double Exposure and Loleatta Holloway, and returned to the studio for a new band album. The self-titled Instant Funk, produced by Sigler, went to No. 1 Disco, No. 2 R&B and No. 12 Pop, yielding the erotic R&B chart-topper “I Got My Mind Made Up.” The band entered New York’s Blank Tape Studios with Sigler for its follow-up, Witch Doctor.

As so often happens, though, success bred resentment. The band members felt they could go on their own without Sigler. As the producer recalls in J. Matthew Cobb’s new liner notes here, “They went on the road with all of these people and they didn’t want Bunny Sigler no more; he’s too old to be producing us. They were getting ready to go pop.” Sigler ended up with the production credit on Witch Doctor, but the album deviated from his original vision. Trumpeter Larry Davis shared top billing in his capacity as arranger and shaped the course of the album. Sigler remembers not fully being on board with the brassy single “Slap, Slap, Lickedy Lap,” which pushed the bump ‘n’ grind of “I Got My Mind Made Up” even further into explicit territory. The carnal track didn’t get any further than No. 28 Disco. The album’s other single release, “Bodyshine,” was built around an “I Got My Mind Made Up” groove but reached that same disappointing Disco chart plateau, also hitting No. 41 R&B and No. 103 Pop. It didn’t help the band’s cause that disco itself was on the wane, sales-wise, when the album was released in late 1979. Sigler did place two songs on the LP, the boisterous title track and the mellow ballad “I Had a Dream.”

Following the disappointing placement of the album (No. 23 R&B/No. 129 Pop) and failure to capitalize on “I Got My Mind Made Up,” Instant Funk and Sigler came to realize that they were better together. Their future collaborations were more harmonious, but never reached the heights of Instant Funk. BBR’s reissue of Witch Doctor, copiously annotated by Cobb and remastered by producer Wayne A. Dickson, features three bonus tracks – an alternate version of “Slap, Slap, Lickedy Lap,” the Long Version of “Witch Doctor” and Tee Scott’s 12 -inch mix of “Bodyshine.” (Unidisc’s previous CD reissue adds just the “Slap, Slap” alternate and the 12-inch “Bodyshine.”) 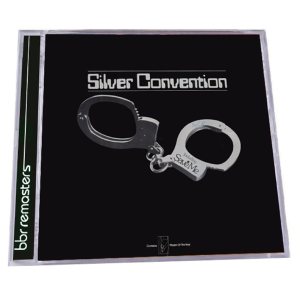 Despite the provocative cover photo of handcuffs, Silver Convention‘s Save Me (1975) isn’t too naughty a record. Silver Convention – originally Silver Bird in the U.S. and Silver Bird Convention in Europe – was the brainchild of Hungarian composer/arranger Sylvester Levay and lyricist/producer Michael Kunze. Formed by Levay and Kunze in Munich with a quartet of talented session vocalists (Betsy Allen, Roberta Kelly, Lucy Neale and Gitta Walther), the group scored two major U.S. hits with the gleaming, upbeat disco of “Save Me” (Disco No. 10, 1975) and “Fly, Robin, Fly” (Pop/Disco/R&B No.1, AC No. 6, 1975) before Levay and Kunze replaced the studio singers with a new group for touring and further recordings. BBR has just remastered and expanded the original Save Me album from the group’s first iteration.

Allen, Kelly, Neale and Walther were uncredited on Save Me, though BBR has happily rectified that situation. The foursome’s voices shone on the album’s sleek Eurodisco tunes penned by Levay and Kunze, the latter under the pseudonym of Stephan Prager. “Save Me” and “Fly, Robin, Fly” both melded brief, simple snatches of lyrics (“Baby, save me, save me, I am falling in love” and “Fly, robin, fly, up to the sky”) to irresistibly catchy, altogether danceable grooves tailor-made for discos. Levay supported the pulsating beats with lavish settings of strings, horns or both, and “Fly, Robin, Fly” even picked up a Grammy Award for Best R&B Instrumental Performance.

Though undoubtedly anchored by those two songs, Save Me applied the bright, upbeat and musical style to its nine tracks, with the voices joined tightly for lyrics and ethereal coos. Only one song, the softly dreamy ballad “Chain of Love,” features any one standout lead vocal (Gitta Walther’s). There’s a playful sensibility throughout the LP, as with the growls on “Tiger Baby” or the deep-voiced cameo by Jerry Rix on “Son of a Gun.” A male chorus punctuates the album’s funkiest track, “Heart of Stone,” with the title phrase. The album’s closing track, the sweet ballad “Please Don’t Change the Chords of This Song,” featured a fifth vocalist: Jackie Carter, another session pro.

With new faces – initially Penny McLean, Ramona Wulf and Linda G. Thompson – Silver Convention continued to release girl-group disco for the rest of the decade. The original quartet continued to make music as session singers. Lucy, Gitta and Betsy notably played a prominent part on Donna Summer’s landmark hit single “Love to Love You, Baby,” also in 1975 – and even received credit for it! The partnership between Silver Convention gurus Kunze and Levay has continued into the new millennium. The team eventually turned their attention to musical theatre; Kunze’s website declares, “[Michael] regards his songwriting for the pop market as a closed chapter of his career.” Together, Kunze and Levay have written scores for pop operas including Elisabeth, Mozart! , Rebecca, and Marie Antoinette, and Kunze has also carved out a successful niche translating American musicals such as Wicked, Mamma Mia!, The Lion King, Follies, Company and The Phantom of the Opera into German.

BBR’s reissue boasts comprehensive new liner notes from Christian John Wikane featuring the participation of Roberta Kelly, Lucy Neale, Jackie Carter (a.k.a. Jacqueline Nemorin) and Gitta Walther. The twelve-inch disco versions of “Fly, Robin, Fly” and “Tiger Baby” have been appended to this edition remastered by Nick Robbins. This isn’t the last you’ll hear of Silver Convention on BBR; the group’s follow-up, Get up and Boogie, is due in July!