The Beatles Go Mono Once More - on Vinyl 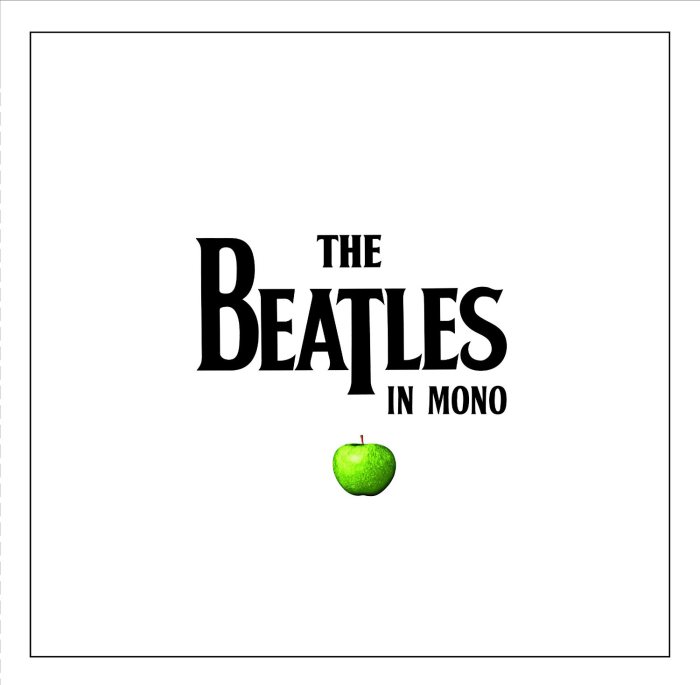 It sure has been quite a year for Beatlemaniacs looking to fill their shelves with catalogue wares from The Fab Four. Last winter saw the CD release of a second volume of BBC recordings (coinciding with a remaster of the first from 1994) and a digital-only, copyright-saving official bootleg; this year, to coincide with the 50th anniversary of the band's first appearance on American shores, Apple/UMe recreated (sort of) the band's U.S. discography on CD, and will in July do the same for the group's first five Japanese albums. Which begs the question: what's next? That answer has finally taken shape with the announcement that the Beatles' highly sought-after monaural discography will be reissued on vinyl.

As fans well know, a few months before The Second Disc launched, the gem of The Beatles' extensive remastering campaign in 2009 was the premiere of the band's complete mono discography on CD. (Only the band's first four albums, when first released on compact disc in 1987, were presented in mono.) The band's first ten U.K. albums (counting the U.S. LP program of Magical Mystery Tour, now part of the "official" discography) were compiled in one box, along with a Mono Masters compilation collating all of the group's mono singles (including unreleased true mono mixes of the songs featured in Yellow Submarine for an EP that never came to light).

Now, exactly five years after that fabled, platinum-certified box was released (remember when we all thought it was a limited edition affair?) Apple/UMe is putting the same contents out on vinyl, both separately and boxed together (the box, of course, will feature a hardback book with essays by Kevin Howlett and rare photos and memorabilia).

Well...maybe not exactly the same contents. The press release offers this tantalizing tidbit that will surely set audiophiles ears to maximum discretion (emphasis ours):

n an audiophile-minded undertaking, The Beatles' acclaimed mono albums have been newly mastered for vinyl from quarter-inch master tapes at Abbey Road Studios by GRAMMY®-winning engineer Sean Magee and GRAMMY®-winning mastering supervisor Steve Berkowitz. While The Beatles In Mono CD boxed set released in 2009 was created from digital remasters, for this new vinyl project, Magee and Berkowitz cut the records without using any digital technology. Instead, they employed the same procedures used in the 1960s, guided by the original albums and by detailed transfer notes made by the original cutting engineers.

Working in the same room at Abbey Road where most of The Beatles' albums were initially cut, the pair first dedicated weeks to concentrated listening, fastidiously comparing the master tapes with first pressings of the mono records made in the 1960s. Using a rigorously tested Studer A80 machine to play back the precious tapes, the new vinyl was cut on a 1980s-era VMS80 lathe.

So, five years after fans debated the quality of The Beatles in mono and stereo, mastered in the '60s or in 2009, it looks like the debate shall continue!

The Beatles in Mono vinyl box, and its individual contents, can be pre-ordered below.