Now They're Here: Queen Prep Unreleased Shows for "Live At The Rainbow '74" 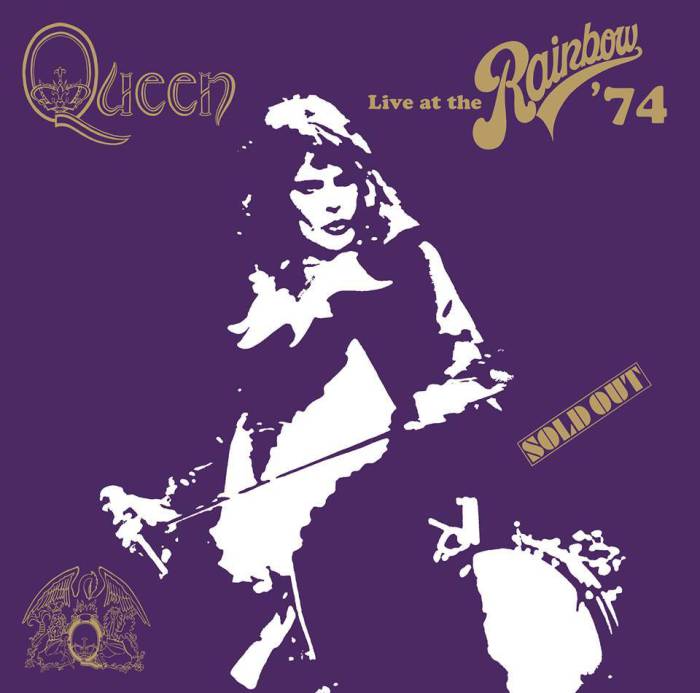 After a 40-year wait, a pair of pivotal early shows by Queen will see official release, it was announced yesterday.

1974 saw the British quartet release their second album, Queen II, earn their first U.K. Top 10 single ("Seven Seas of Rhye") and embark on their first headlining tour. While some critics found a headlining slot at The Rainbow a daunting challenge for such a new band, Freddie Mercury, Brian May, John Deacon and Roger Taylor sold even the most skeptical observer at their March date in the fabled venue. Queen would quickly record and release their third album, Sheer Heart Attack, that same year, and reappeared at The Rainbow in November, the same month the album was released.

Hardcore fans, of course, might know that the March 1974 show was recorded by producer Roy Thomas Baker with an intention to release a live album later that year. That never materialized, though the November show was filmed and released in part on VHS in the Box of Tricks set issued in 1992. Now, however, audio of both shows, as well as video from both sets, will be available on Live At The Rainbow '74. Together, they mark some of the earliest live Queen performances officially heard, with several tracks making their first appearances on a live release, making it quite the boon for collectors.

And the band, along with their distributing labels (Virgin in the U.K. and Hollywood in the U.S.) is going all-out in releasing this set. A single-disc edition features the November show in full, while the two-disc version features both the March and November shows. The November show (and four tracks from the March show) will be featured on DVD and Blu-ray Disc editions, to be released through Eagle Rock Entertainment. (A U.S. exclusive will pair the November show on CD with the Blu-ray.) Two vinyl packages will be available: a double-vinyl set that features "album presentations" from both shows and a quadruple-vinyl set with both shows in full. Finally, a super-deluxe box includes all the CD, DVD and Blu-ray content plus the following extra swag:

The Live At The Rainbow '74 packages are available September 8 and 9, respectively. Amazon U.K. links are live, with additional information expected to follow. Hit the jump for a full track list!