Omnivore Succeeds with Reissue of The Posies' "Failure" 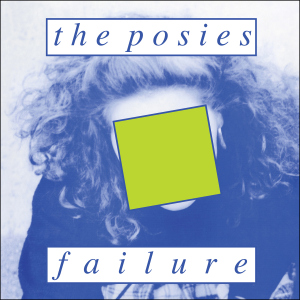 Last week Omnivore Recordings announced their latest title for the late summer: an expansion of the debut album by power-pop idols The Posies.

The Washington-based group, built around singers/songwriters/guitarists Jon Auer and Ken Stringfellow, earned immediate indie acclaim when first album Failure was released on the PopLlama label in 1988 after Scott McCaughey - leader of The Minus 5 and a constant collaborator with R.E.M. since the mid-1990s - was given a self-released copy of the album on cassette. The album opened the band up for widespread success in the next decade; The Posies ultimately signed with DGC Records, had their modern rock hit "Golden Blunders" covered by Ringo Starr and (perhaps the highest level of power pop ascension you can get) became part of the Big Star story when Auer and Stringfellow were recruited to join a new lineup of the group with Alex Chilton and Jody Stephens in the 1990s and 2000s. The Posies continue to record and tour to this day, no doubt inspiring countless fans of gorgeous hooks and beautiful harmonies to continue the tradition.

Omnivore's expanded Failure restores the album's original 12-track running order (preserved on cassette but cut down by one song on vinyl) and adds eight bonus tracks. Many of these are sourced from a long out-of-print 2000 box set and a 2004 reissue of the album proper, but one, a demo of "At Least for Now," is being heard for the first time on this disc.

The power-pop goodness of Failure is reintroduced on August 19 on both CD and LP (which will feature the original 12-track playlist with the bonus tracks available on a download card). The first pressing of the LP edition will be on green vinyl - hence that green square you see above! Amazon links currently only exist for CD versions, but you can find those, as well as the full track list, below.