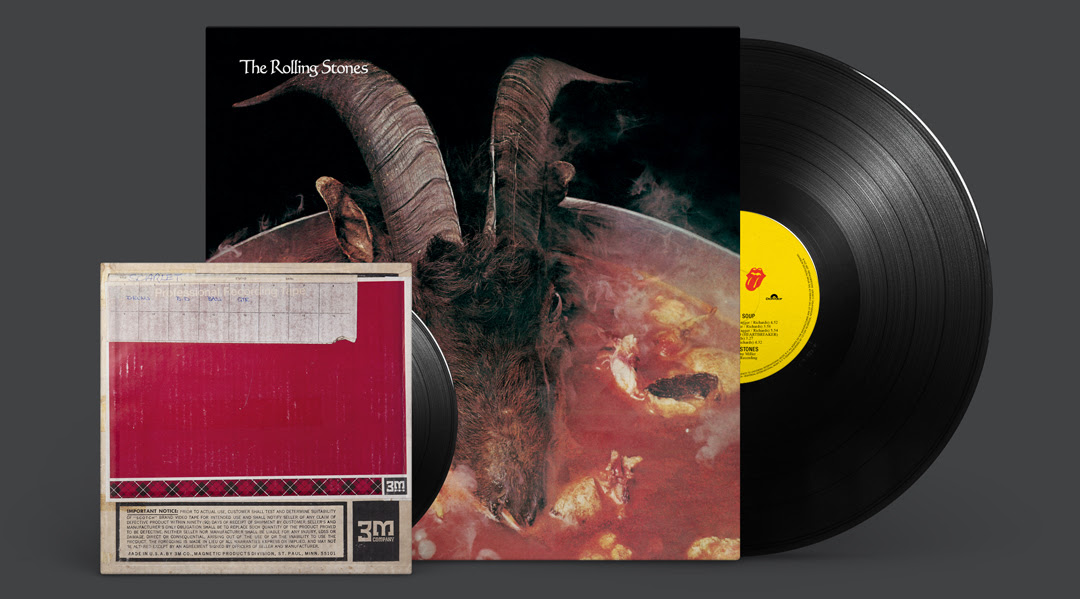 It’s been a busy and exciting time to be a fan of The Rolling Stones.  Sure, we may not have had the opportunity to see them on the road this summer, but fans were treated to the exciting news of a deluxe, expanded reissue campaign for Goats Head Soup.  As previously reported, the album has been newly remixed and will arrive in a variety of formats including 1-CD, 2-CD, several vinyl configurations, and an extravagant 3CD/Blu-ray box set featuring an immersive Dolby Atmos mix of the album as its centerpiece.

To tide us over ’til the September 4 release date, the Stones have released another outtake from the era: “Scarlet.”  Featuring contributions from Jimmy Page and Ric Grech, the song is as close as we’ll likely ever get to a Stones/Zep supergroup.  As Page remembers it, “Woody [Ron Wood] was living at a house called The Wick, and he had a studio in the basement.  There was an invite to do a session.  It was with Keith.  So I said, ‘I tell you what – I’ll bring my guitar along and I’ll lay the solo parts on it.”

Years on, Keith Richards reflects on his role:  “My thing has always been to work with the other guitar player.  I’ve been blessed that way, man, with the people I’ve played with.  I cannot express my joy.”

Well, now fans can hear a piece of that joyous session as “Scarlet” arrives on digital download and streaming platforms everywhere.  But that’s not all.  The Rolling Stones have also announced a further exclusive configuration of the new Goats Head Soup 2020 campaign: a 1-LP/7″ bundle featuring the new stereo mix of the album with “Scarlet” on the single.  Side B features an etching.  The album, meanwhile, boasts special alternative art.

Whether this sets records for number of configurations of a single release is anyone’s guess, but it’s no doubt fans will have many ways to enjoy this celebration of their landmark 1973 album.  As we reported, the standard edition includes the new 2020 stereo mix on 1 CD. The 2-CD deluxe edition features the new mix plus a disc of rarities and alternate mixes. Among those 10 bonus tracks are Glyn Johns’ early mixes of “Silver Train,” “Doo Doo Doo Doo Doo (Heartbreaker),” and “Dancing With Mr. D,” plus instrumental mixes of the latter two, a piano demo of “100 Years Ago,” an alternate mix of “Hide Your Love,” and three outtakes: “Scarlet,” “Criss Cross,” and “All The Rage.”

Devotees will no doubt want to spring for the 3-CD/Blu-ray box set. Presented in a hardbound volume, the box set includes all the tracks from the deluxe edition configuration, plus a bonus CD of the out-of-print and highly sought-after Brussels Affair concert, recorded on October 17, 1973 during a tour of Europe. The Blu-ray disc includes the new album mix in high-resolution 24bit/96kHz stereo, plus a 24-bit/96kHz DTS HD-encoded 5.1 surround mix and, for the first time in a Rolling Stones box set, a new Dolby Atmos mix of the album.  A Japan-exclusive version of the box has two additional Glyn Johns mixes on CD which are not available elsewhere: “100 Years Ago” and “Hide Your Love.”

As for vinyl fans, you’ve got your pick of the standard LP, a 2-LP set with the same program as the 2-CD collection, and a deluxe 4-LP box that adds to that the Brussels Affair concert.  For the collectors out there, the 2-LP set will also be pressed on Rolling Stones online shop-exclusive clear vinyl housed in alternate album art. And now there’s the 1-LP/7″ bundle, which you can buy from The Rolling Stones’ online shop. All the vinyl configurations have all been half-speed mastered, prepared by Miles Showell at Abbey Road Studios, London and pressed on heavyweight, 180-gram vinyl. For the super nostalgic, there will be a cassette edition available exclusively on The Rolling Stones’ online store.

No matter how you prefer to listen, you’re sure to enjoy Goats Head Soup 2020.  You can find order links for the 1-LP/7″ bundle and all the other configurations below!  And, don’t forget to check out “Scarlet,” available as a music video or as a digital single.