Welcome to The Weekend Stream, a relaxing weekly review of notable digital-only catalogue titles. There may be no CD or vinyl, but there's plenty of great new/old music to discover! Millennial nostalgia is all over this week's releases - plus some live jazz and pop as well as a real rarity from a disco diva. Linkin Park, Minutes to Midnight (Deluxe Edition) (Warner/Rhino) (iTunes / Amazon) In 2007, nu-metal rockers Linkin Park broadened their sound with the help of producer Rick Rubin and

END_OF_DOCUMENT_TOKEN_TO_BE_REPLACED

November 27 is always a special day for vinyl enthusiasts.  Still filled up on last night's Thanksgiving meal, music fans line up at their local shop for a chance at limited-edition vinyl.  While the celebrations may look a little different this year in light of the COVID-19 pandemic (RSD has announced they'll be less stringent about online sales) one thing remains the same:  There are some excellent releases on offer, available exclusively from your local participating record shop!  Here are

END_OF_DOCUMENT_TOKEN_TO_BE_REPLACED

One of the bestselling albums released in 2000 is getting revisited in a big way this year: Linkin Park's debut album Hybrid Theory. The first album from the California rap/rock combo will be reissued October 9 in three rarity-packed editions for its 20th anniversary. A 2CD version pairs the original album with a bonus disc featuring a dozen B-sides, demos, live tracks and remixes from various European-only CD singles. A bigger 4LP box set features those albums alongside a 2LP reissue of

END_OF_DOCUMENT_TOKEN_TO_BE_REPLACED 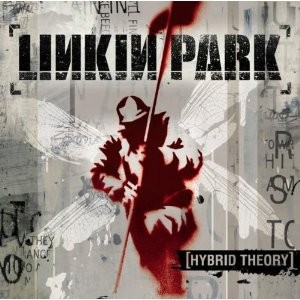 This week, rock band Linkin Park released their fourth studio album, A Thousand Suns. The results are, sad to say, not pretty; since 2007's Minutes to Midnight, the California rap-metal band has become more of an angsty Depeche Mode-lite with U2 aspirations and a guaranteed spot on every soundtrack to a Transformers film. Maybe it's the middle school nostalgia talking, but they were something else when they first burst onto the scene a decade ago. Chester Bennington, the throaty lead singer,