Queen, Queen / Queen II / Sheer Heart Attack / A Night at the Opera / A Day at the Races: Deluxe Editions (Island/UMe) Deluxe editions of the band's first five albums are out in the U.K., all remastered with bonus discs of rare or unreleased content. (They'll be out in the U.S. in May!) (Official site) Nick Lowe, Labour of Lust (Proper (U.K.)/Yep Roc (U.S.)) Lowe's New Wave classic, featuring the immortal "Cruel to Be Kind," is reissued on both sides of the Atlantic, featuring all the tracks

END_OF_DOCUMENT_TOKEN_TO_BE_REPLACED 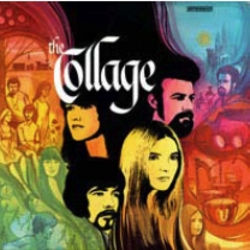 When The Collage signed with Mercury Records' Smash division in 1968 (also the home of The Left Banke), the group was on the verge of a breakthrough. Consisting of Jerry Careaga, Ron Joelson, Donna Byrd and Jodie Cline, the two-man, two-woman Collage was in the mold of The Mamas and the Papas, but with two ace songwriters instead of one; Careaga and Joelson worked as a team. Their songs - described by Careaga as "beat-poetry lyrics to show-tune-style melodies" - grabbed the attention of industry