END_OF_DOCUMENT_TOKEN_TO_BE_REPLACED

The Left Banke burst onto the scene in 1966 with the exquisite single "Walk Away Renee."  A No. 5 Pop hit, it was subsequently covered by the likes of The Four Tops, Linda Ronstadt, Eric Carmen, and Frankie Valli while remaining an oldies radio staple.  Though the band only notched one more top 20 hit, the delicate "Pretty Ballerina," their two original albums on the Smash label established The Left Banke as progenitors of the baroque pop sound.  Primary songwriter/keyboardist Michael Brown left

END_OF_DOCUMENT_TOKEN_TO_BE_REPLACED

After listening to The Left Banke's two original albums, just reissued by Sundazed, I have only one question: what took so long? The group's recorded output was collected back in 1992 by Mercury on There's Gonna Be A Storm: The Complete Recordings 1966-1969.  Besides getting my vote for Best Rhino Album Not Actually Produced By Rhino (Bill Inglot produced and Andrew Sandoval annotated...'nuff said!), the single disc compilation offers a remarkable view of the group that soared with 1966's

END_OF_DOCUMENT_TOKEN_TO_BE_REPLACED 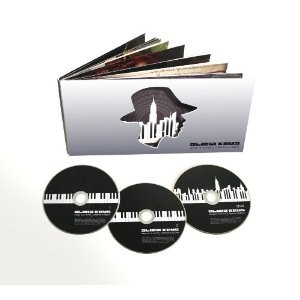 Queen, News of the World / Jazz / The Game / Flash Gordon / Hot Space: Deluxe Editions (Island/UMC) The next wave of Queen remasters are out this Monday in England. If you don't want to get them as imports, you'll have to wait until September to get these as domestic reissues - by which point I'd imagine the third wave will be out in the U.K. (Official site) Alice Cooper, Old School 1964-1974 (Bigger Picture) This desk-sized box includes not pencils, not books, not black eyeliner, but four

END_OF_DOCUMENT_TOKEN_TO_BE_REPLACED

Today, The Left Banke is probably best known for "Walk Away Renee." A No. 5 pop hit in 1966, the song has been recorded by The Four Tops, Frankie Valli, Linda Ronstadt and Eric Carmen, to name a few, and remains a staple of oldies radio today. But was The Left Banke a mere flash in the pan, just a one-hit wonder? Far from it. Yet things have been stacked against the group for quite a while now: neither of their two original Smash LPs has ever seen CD release in America, and the definitive CD-era