A special guest post comes to you during this oddly-scheduled week from Eric Luecking of Record Racks, a very well-executed music blog for your perusal. Here, he gives a Reissue Theory-style look at Coldplay’s debut album, some ten years later. 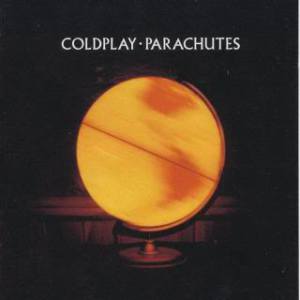 Depending upon your location, we’ve either passed the 10th anniversary of Coldplay’s debut LP “Parachutes” (July 10, 2000 in the U.K.), or we haven’t quite made it there yet (November 7 in the U.S.). The Second Disc wants to take the time to honor one of the bands who has been everywhere in the media since then.

They’ve been called everything, both good and bad. People have taken shots at them, such as the scene in The 40-Year Old Virgin with Seth Rogen and Paul Rudd’s classic, “You know how I know you’re gay?” exchange. The answer: “You like Coldplay.” My brother, who was DJing at a Top 40 station when “Yellow” started blowing up, compared Chris Martin’s vocals to that of a hyena (perhaps one of the most funny comparisons I’ve heard yet). However, people have also called them a great stadium rock band.

They’ve been compared to Radiohead, although they’re much more in line with U2. The one thing they do share in common with Radiohead, though, is that they have a ton of B-sides. Their debut LP was no exception to that rule. So in putting together a mock-up of a deluxe edition reissue, we’ve assembled a gaggle of those B-sides. Please note that their EPs released around this time (Blue Room, Brothers and Sisters, Acoustic, Trouble: Norwegian Live, Don’t Panic: Dutch Live) were not considered for inclusion unless tracks from them otherwise appeared on a single.

As an interesting side note, the rumor always had it that for the original LP the album order was changed prior to its release due to it initially sounding rather depressing.  They spruced it up, and thus the album as we know it was finalized.