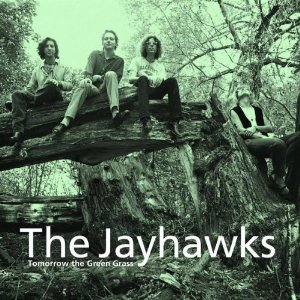 We may have only fleetingly mentioned these before, but Legacy has prepped expanded reissues of Hollywood Town Hall and Tomorrow the Green Grass, the first two records that alt-country rockers The Jayhawks recorded for the American Recordings label in the early 1990s. Hollywood Town Hall, released in 1992, will feature five bonus tracks (two of which are unreleased) while Tomorrow the Green Grass (1995) will be presented as a double-disc Legacy Edition with a heap of bonus cuts, 20 of them previously unreleased.

The discs have recently been rescheduled for reissue on January 18, 2011 - possibly one of the first notable catalogue reissues of next year - so mark your calendars accordingly. Also, hit the jump to see the track lists, which we hadn't posted before either.