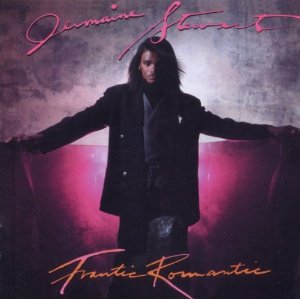 Here’s a few fun upcoming reissues from our friends at Cherry Pop: an expanded reissue of an ’80s R&B novelty classic and two reissues from British vocalist Nick Heyward.

Released in 1986, Frantic Romantic was the sophomore LP for singer-dancer Jermaine Stewart. The Soul Train dancer had already had his first single, “The Word is Out” (co-written with Culture Club’s Mikey Craig), just miss Billboard‘s Top 40, but Frantic yielded the chaste dance anthem “We Don’t Have to Take Our Clothes Off,” which reached the Top 5, becoming his biggest hit. Though Stewart passed away in 1997, his music still lives on, thanks to releases like this, which features a heap of bonus tracks.

The label also preps reissues of two albums by Nick Heyward. The Haircut 100 vocalist flirted with success in the U.K. and U.S. after leaving the band, and two of his most successful albums – North of a Miracle (1983), with his highest-charting U.K. hit “Take That Situation,” and From Monday to Sunday (1993), featuring the Top 5 U.S. Modern Rock hit “Kite” – will each be expanded. Miracle will receive a bonus disc with a previously unreleased live show in addition to B-sides and remixes, while From Monday to Sunday will feature ten B-sides and demos, some previously unreleased.

Cherry Pop’s listings only have a page for Frantic Romantic, but Amazon U.K. has order pages for these sets, here and here. Hit the jump for track listings.