A Little Bit o' Soul: A Busy Fall from Big Break and Superbird 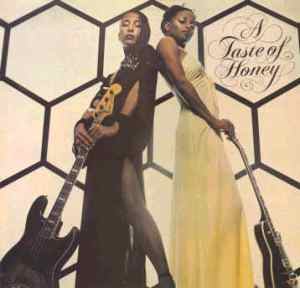 Funky Town Grooves announced quite a lineup of soul classics to hit shelves this fall, as reported yesterday by The Second Disc, and we're happy to follow up with news of the latest exciting releases coming from two Cherry Red labels across the pond, Big Break Records and Superbird.

First up, Big Break (BBR) delves further into the Philadelphia International (PIR) catalogue, dormant here in the United States but also being mined concurrently by the U.K.'s Edsel label. September 20 sees the release of Harold Melvin and The Blue Notes' 1973 LP Black & Blue, the group's second for the label, with the chart-topping single "The Love I Lost" anchoring a typically-strong set of Gamble and Huff productions including an unusual, jazzy take on John Kander and Fred Ebb's Broadway classic "Cabaret." Black & Blue will be bolstered by the inclusion of two rare single edits. October 11 will then bring the group's PIR debut, I Miss You, which contains among its songs the indelible "If You Don't Know Me By Now" and the Thom Bell-arranged title track. Three single edits and a live version of "If You Don't Know Me By Now" round out its four bonus tracks. This album is better-known by its eponymous title of Harold Melvin and the Blue Notes, but Big Break's edition restores the original title and artwork. Both titles' liner notes draw from a new interview with ace Philly arranger Bobby Eli.

Also on October 11, BBR releases the latest in its Three Degrees series, which previously has seen the trio's PIR debut and a post-PIR effort for Ariola (New Dimensions) both restored to print. International was the group's second album for Gamble and Huff's label, and while known on its original U.K. release by the title of its hit single "Take Good Care of Yourself," it is restored for this edition to its original name. The CD features six bonus tracks making it truly International: five foreign language versions from the rare Japanese version of the album (including a song sung in French but released only in Japan!) and a great Tom Moulton remix of "TSOP."

Williams and King aren't the only disco survivors to reappear on Big Break this fall. A Taste of Honey, the hitmakers behind "Boogie Oogie Oogie," will have their first two LPs expanded on October 25: 1978's self-titled debut LP (CDBBR0016) now contains three different mixes of "Boogie." 1979's second album, accurately named Another Taste (CDBBR0019), didn't produce another big hit but carries the same exciting sound as the first set, with both produced by Fonce Mizell and Larry Mizell. Another Taste offers alternate versions of "I Love You" and "Do It Good" as bonus material.

Earth Wind & Fire had much success in the disco and funk fields, and the group remains active today and still a perennial on the summer concert circuit. BBR has unearthed the horn-driven group's 1980 double-LP, Faces (CDBBR0014), for release on September 27. Despite being released in arguably the group's prime, Faces has long been lost; Big Break rectifies this with an expanded edition. Faces gains three bonus tracks: single mixes of "You" (which went Top 10 R&B) and "And Love Goes On," and the 12" remix of "Let Me Talk."

Finally, fellow Cherry Red label Superbird offers a much sought-after album by a true legend of the soul, R&B and disco genres: Van McCoy. While McCoy may today be best-remembered for "The Hustle," his 1975 dance craze, his CV was actually one of the most impressive in popular music, making him far more than just a one-hit wonder. After penning singles for Gladys Knight and The Pips, Brenda and The Tabulations, Ruby and The Romantics, Jackie Wilson, Barbara Lewis and others, Columbia signed McCoy for a solo LP, hoping to mold the soulful singer/producer/songwriter into a crooner of the Johnny Mathis style. Mathis had recently defected to Mercury, and so Columbia's Mitch Miller brought McCoy into the studio in 1966 for Night Time is Lonely Time (SBIRD0032CD). On the September 27 release, you'll hear McCoy's smooth renditions of standards like "How High the Moon," "I Get Along Without You Very Well" and Cole Porter's "Ev'ry Time We Say Goodbye," but he also recorded a few of his own compositions. Premier string arranger Glenn Osser, who had worked with Mathis, provided the same duty for McCoy's long player. Night Time is Lonely Time has long been unavailable; while squarely aimed at the "adult" record market of 1966, it's nonetheless a missing link worth seeking out for fans of the multi-faceted McCoy's more soulful endeavors. (His career as a writer/producer has been anthologized by Ace on The Sweetest Feeling: A Van McCoy Songbook 1962-1973 and the label promises another volume in its stellar McCoy series soon.)

All Big Break titles can be pre-ordered directly from the label here, while Superbird's Van McCoy reissue can be pre-ordered here. Like all Cherry Red titles, however, they can also be ordered from the usual suspects!  Hit the jump for full track listings and discographical information for each title.