With a bonus disc of B-sides and unreleased outtakes and an optional Blu-Ray audio version, audiophiles hopefully won't have a reason to say "don't do me like that" with this set. (Official site)

If 1994's Cross Road isn't enough of a Bon Jovi comp for you, this career-spanning set (available in single and double-disc formats) combines all the usual hits with two new tracks (or four, depending on what set you buy). (Official site) 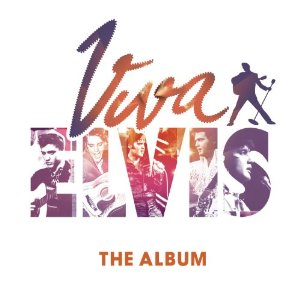 The King gets his own equivalent to The Beatles' Love, complete with a soundtrack of remixed, re-imagined classics. (More material you're not going to find on the box set.) (Official site)

The Stones' classic Exile-era concert film (just recently released on DVD) is paired with this year's The Stones in Exile and a bunch of bonus material in a limited, numbered box. (Amazon)

Howard's first two studio albums are remastered and reissued on his own label; a box set adds in a bonus disc of unreleased live recordings. (Dtox Shop)

Already released in the U.K., today's the U.S. release of this compilation, which combines new remasters and remixes of Barrett's work, both solo and with Pink Floyd. (Amazon)

A double-disc expansion of the 1990 hit rock album with B-sides and a bonus disc from a live show at the Hammersmith Odeon from the same year. (Amazon)

Poison, Nothin' But a Good Time: The Collection (Capitol)

Two discs of Poison that have already been released. But there's a bandanna! (Amazon)

This 1983 Canadian broadcast, released on CD in 1999, is reissued with a DVD of the footage that the original CD was sourced from. See SRV jam with his idol in their only recorded performance together. (Amazon)

Great soul and dance LPs getting reissued on CD. The Full Force set has some sweet bonus mixes. (FTG)

Some expansions of some great soul albums. The Heatwave catalogue is almost fully reissued on CD, the album that made "He's So Shy" a hit and a pre-"Caribbean Queen" LP from Ocean are all remastered and expanded. (BBR)