Welcome to The Weekend Stream, a relaxing weekly review of notable digital-only catalogue titles.  There may be no CD or vinyl, but there's plenty of great new/old music to usher you into the weekend. This week features a new version of a pop legend's most recent compilation, great proto-Motown soul, an expanded version of Robert Glasper's breakout album, Bon Jovi in Spanish(?) and a heap of early Christmas gifts. Check it out! Elton John, Diamonds (Deluxe) (Virgin/EMI) (iTunes /

END_OF_DOCUMENT_TOKEN_TO_BE_REPLACED

Welcome to this week's Release Round-Up! Bon Jovi, The Albums (Island/UMe) (Amazon U.S. / Amazon U.K. / Amazon Canada) Bon Jovi's The Albums includes all 14 of the group's studio efforts, from 1984's blistering-glam self-titled debut to the just-released This House is Not for Sale, the first album without longtime guitarist Richie Sambora. Eleven of these albums have hit the Billboard Top 10 since 1986's chart-topping breakthrough Slippery When Wet; of those, six of these albums

END_OF_DOCUMENT_TOKEN_TO_BE_REPLACED

More than 30 years after their debut, New Jersey's Bon Jovi are still going strong, and to commemorate that strength, they're releasing a heavy-hitting vinyl box set next year. The Albums includes all 14 of the group's studio efforts, from 1984's blistering-glam self-titled debut to the just-released This House is Not for Sale, the first original album without longtime guitarist Richie Sambora. Eleven of these albums have hit the Billboard Top 10 since 1986's chart-topping breakthrough

END_OF_DOCUMENT_TOKEN_TO_BE_REPLACED

With the summer fast approaching, New Jersey stalwarts Bon Jovi are celebrating their 30th anniversary by, 25 years later, revisiting one of their biggest hits: fourth album New Jersey. Released in the fall of 1988, New Jersey was the follow-up to 1986's Slippery When Wet, the band's commercial breakthrough which spun off the No. 1 hits "You Give Love a Bad Name" and "Livin' on a Prayer," plus the Top 10 stadium classic "Wanted Dead or Alive." Working again with producer Bruce Fairbairn and

END_OF_DOCUMENT_TOKEN_TO_BE_REPLACED

Another few batches of Universal's eye-rolling ICON series are on the way - and while they offer a few genuine surprises, there's a lot, perhaps even more than usual, to shake one's head over. The big surprise right off the bat is that the mid-price compilation series will now chronicle not only Universal-controlled catalogue artists, but EMI-controlled ones as well. This is hardly a surprise, given the past year's big story of music business restructuring that's leaving the world with three

END_OF_DOCUMENT_TOKEN_TO_BE_REPLACED 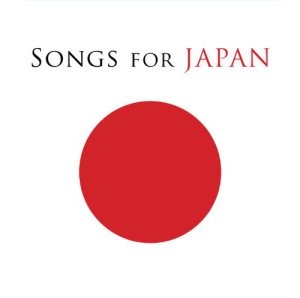 END_OF_DOCUMENT_TOKEN_TO_BE_REPLACED

Tom Petty and The Heartbreakers, Damn the Torpedoes: Deluxe Edition (Geffen/UMe) With a bonus disc of B-sides and unreleased outtakes and an optional Blu-Ray audio version, audiophiles hopefully won't have a reason to say "don't do me like that" with this set. (Official site) Bon Jovi, Greatest Hits: The Ultimate Collection (Island) If 1994's Cross Road isn't enough of a Bon Jovi comp for you, this career-spanning set (available in single and double-disc formats) combines all the usual hits

END_OF_DOCUMENT_TOKEN_TO_BE_REPLACED

Island Def Jam's official pre-order page finally revealed the track list to Bon Jovi's upcoming Greatest Hits package, and - well, it's exactly what you might expect. A friend said it best: for Bon Jovi, the grunge-inspired These Days (1995) was a fork in the road for the band. They could either continue down the path of rock royalty, or they could follow the newest trends in pop-rock music, no matter what the cost to their sound. They chose the latter, and it led to things like having songs

END_OF_DOCUMENT_TOKEN_TO_BE_REPLACED

With the calendar about to turn over to September, it's definitely catalogue season. We've seen a lot of reissues, expansions and box sets announced - enough to make my post-vacation-hazed head spin - and plenty more are certainly on the way. Before we get into that, though, I want to thank not only Joe for holding the fort down expertly while I was away, but to you, the reader, for sticking with us. The rest of the year is going to be awesome for catalogue enthusiasts, and The Second Disc is

END_OF_DOCUMENT_TOKEN_TO_BE_REPLACED

Here's something that'll get tongues wagging: gossip blogger Dr. Funkenberry, known for his commentary and scoops around the Prince camp, reported that The Artist partook in a meeting at the headquarters of former label, Warner Bros. The idea is that his upcoming album, 20Ten, will get a release with several European publications (similar to the release of 2007's Planet Earth), but will be released through WB in the U.S. PLEASE let this mean that reissues are in the cards somewhere. Pitchfork

END_OF_DOCUMENT_TOKEN_TO_BE_REPLACED

The Star Wars saga continues at The Second Disc with a trove of often-ridiculous but always intriguing musical curios devoted to the films. It's as much a story of disco and a rock legend from New Jersey as it is about Luke Skywalker and Darth Vader. And it's yours to read after the jump.

END_OF_DOCUMENT_TOKEN_TO_BE_REPLACED

It is with great pleasure that The Second Disc can divulge a few more details on the forthcoming Bon Jovi reissues due on May 11 from Island Records and Universal Music Enterprises. To the best of our knowledge, this is the first time any of this information is coming out - something of an exclusive! Some of these details are more on the technical side, but anyone wondering for more Bon Jovi tidbits (including how much of the promised live content is unreleased) will be in for a nice surprise.

END_OF_DOCUMENT_TOKEN_TO_BE_REPLACED

If you're from New Jersey, chances are you are (or know someone who is) a Bon Jovi fan. They were perhaps the best of the big-haired arena-rockers in the late '80s and '90s, and still know how to pack 'em in to this day. And now, it looks like they're reaching the rarified ranks of solid catalogue artists, thanks to a pretty wide series of reissues from Island and Universal Music Enterprises. Amazon is listing reissues of ten Bon Jovi albums - everything from 1984's self-titled debut to 2007's