The Search is Over: Two Survivor LPs Coming Back to CD 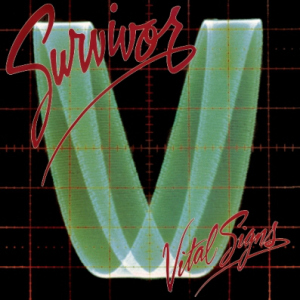 These two LPs followed Survivor's 1982 smash "Eye of the Tiger," famously featured on the soundtrack to Rocky III; interestingly, only one of them had any degree of success. Caught in the Game was mostly a stiff, only managing No. 82 on the Billboard charts (the same position as pre-success LP Premonition in 1981) and the title track, the only single, did not perform well. By contrast, Vital Signs was a hit: "I Can't Hold Back" peaked at No. 13, while subsequent singles "High on You" and "The Search is Over" fared even better, respectively charting at No. 8 and No. 4 in the U.S.

Both discs are remastered from the original tapes and feature expanded liner notes. Vital Signs is extended by one track: "The Moment of Truth," as heard on the soundtrack to The Karate Kid (1984). Both can be ordered on Amazon U.K.; they will be available to order in the U.S. on December 7. View the track lists after the jump.