Audiophile specialist label Audio Fidelity has announced its initial trio of 24K Gold CD reissues for 2011, and it is comprised of three familiar names, all of whom have previously had titles reissued on the label: Phil Collins, James Taylor and Stevie Wonder.

Already having tackled the gold CD of Collins' 1981 solo debut Face Value, Steve Hoffman returns to remaster the artist's 1985 breakthrough, No Jacket Required. Spawning four U.S. Top 10 singles, No Jacket Required was the former Genesis drummer's third solo LP (Audio Fidelity has revealed no plans yet to reissue 1982's Hello, I Must Be Going) and first to go No. 1 in the U.S. Quite simply, this record is a juggernaut, with "One More Night," "Take Me Home" and leadoff track "Sussudio" all ubiquitous. Sting even makes a guest appearance on "Long Long Way to Go."

1974's Walking Man was James Taylor's fifth studio LP, and followed 1972's One Man Dog, itself recently reissued by Audio Fidelity. Like One Man Dog, Walking Man has been remastered by Steve Hoffman. Produced by guitarist David Spinozza, this underrated and overlooked LP found Taylor moving away from the introspective, acoustic sound of his commercial peak and experimenting with horn and string arrangements as well as excursions into jazz, folk and edgier rock. The latter is represented by "Rock 'n' Roll is Music Now" (on-the-nose title, no?) where Taylor is joined by his old friend Paul McCartney as well as McCartney's wife Linda and Taylor's wife Carly Simon. The same group adds background vocals to "Let It All Fall Down," while Simon appears on a number of tracks. In addition to his own material, Taylor covers Chuck Berry's "The Promised Land" as well as Joey Levine and Spinozza's "Ain't No Song." While Walking Man didn't yield any hit singles, Taylor would find his commercial groove again with the following year's Gorilla, on which he introduced "Mexico" and famously gave new life to "How Sweet It Is (to Be Loved by You)." 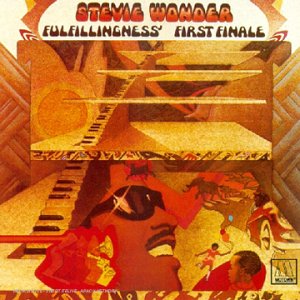 The same year as Walking Man, Stevie Wonder released Fulfillingness' First Finale. Like Taylor's LP, Wonder's remains an overlooked title in his catalogue, largely because the singles weren't overtly radio-friendly. While Fulfillingness isn't Wonder's most accessible LP, it's as rewarding than any of his other, more familiar titles. It boasts the electrifying "Boogie On Reggae Woman" and an angry message to President Nixon, "You Haven't Done Nothin'." Wonder is joined by an illustrious "who's who" of background vocalists, including Paul Anka, The Jackson 5, Minnie Riperton, the Persuasions, Syreeta Wright and Deniece Williams, and Funk Brother James Jamerson lays down some killer bass on "Too Shy to Say." Kevin Gray handles the remastering honors as he has done for the label's reissues of two other prime Wonder classics, Music of My Mind and Talking Book. Fulfillingness' First Finale took home the statue for Album of the Year at the 1975 Grammy Awards; Wonder had received the same award the previous year for Innervisions and would again take it in 1977 for Songs in the Key of Life. Upon accepting Album of the Year in 1976 for Still Crazy After All These Years, Paul Simon famously thanked Wonder for not releasing an album that year!

All three titles are limited edition 24K Gold CDs, and are available for pre-order directly from Audio Fidelity.  In addition, Fulfillingness is currently scheduled for January 11 at Amazon.com, while No Jacket Required is due there on February 1. There is no active link as of today for Walking Man.