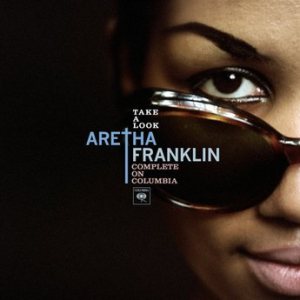 As if news of Aretha Franklin's improved health wasn't good news enough, Columbia and Legacy have told the Associated Press that there's going to be a massive box set of her works for the label coming this spring.

Take a Look: Aretha Franklin Complete on Columbia is going to be a 12-disc set - 11 CDs and a DVD - chronicling this oft-overlooked early phase of the Queen of Soul's career. Franklin signed to the label in 1960 at the young age of 18, and spent several years releasing albums and singles that usually hit the lower reaches of the Billboard charts. When she left Columbia for Atlantic with the immortal I Never Loved a Man the Way I Love You (1967), it was as if her career had just started. (Columbia released several albums by Franklin after the fact, none of which caught on, and Franklin later left Atlantic for Arista in the 1980s, where she experienced something of a resurgence. The Arista material, also owned by Sony, does not look to be included.)

Though much of the material has been released before - compilation producer Leo Sacks jokingly told the AP the material "[has] been picked over more times than a Barney's warehouse sale" - some rare or unheard material is promised, including mono mixes and rehearsal takes.

The set will be released on March 22. You can order it here; discographical info will be up later tonight.