Short Takes: Soundtracks on Tap from Barry, Horner and Mancini 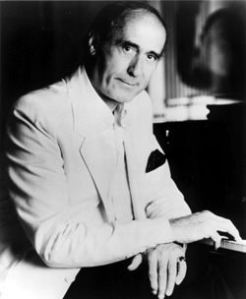 It’s already been a busy week here at Second Disc HQ, and the news just keeps on comin’. Three more soundtracks are due from some of the finest composers in film score history: John Barry, James Horner and Henry Mancini.

Hit the jump for track listings and discographical information for all three releases!