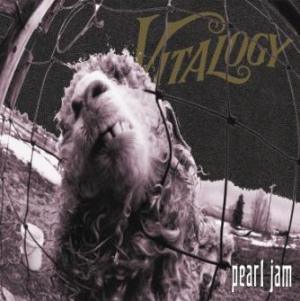 Among the many treasures of Pearl Jam’s forthcoming reissue of Vs. and Vitalogy is a bonus disc of the band’s set at Boston’s Orpheum Theater in Boston on April 12, 1994. That set is heralded by hardcore PJ fans as one of the best they ever did, and its inclusion was simultaneously a source of excitement and trepidation – the latter condition thanks to a fear that the show in all its glory would be trimmed down for CD. Those fears were confirmed when it was revealed that deluxe editions would have a download code to get six of the live tracks as a digital download.

Now, with about a week to go before the reissues hit stores, this seemed like a good time to pass along the track list for that third disc, as included in the deluxe and super deluxe packages. And, from the looks of it, hardcore fans who were hoping for the whole show being presented will probably have something to yell about. Come on in for the rundown.

The first two bonus tracks fit right after “Sonic Reducer,” “Alone” would be placed right after “Daughter,” “Betterman” would follow “Not for You” and “Yellow Ledbetter” and the ensuing jam session comes after “Dirty Frank.” So what’s missing, then? Just three songs: “Go” and “Animal,” which followed “Immortality,” and a cover of The Beatles’ “I’ve Got a Feeling” that closed the show. According to a dispatch from the band’s official fan club, those tracks were left off “due to the technological limitations of the time. No complete multitrack recording exists.”

Now, heaven knows cleaning up bootlegs has been done by major labels before – the most recent example is the live Bob Marley set released by UMe earlier this year – but Pearl Jam seem to be more about quality over quantity, for the moment (typed with full realization that those super-deluxe box sets are HUGE) – and there’s not much to complain about the show being released in some official capacity. Fans will just have to hold on to those last three tracks on their bootlegs – the same bootlegs Pearl Jam have been fine with fans trading for two decades.