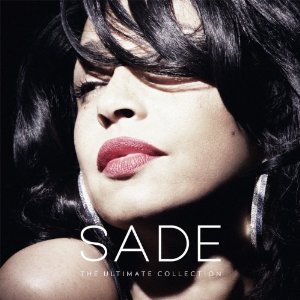 Lovers rejoice! The track list for Sade's The Ultimate Collection has been revealed by our friends at Vintage Vinyl News.

The two-disc set, set for release May 3 - in advance of the British soul band's forthcoming tour - is the band's second compilation and the first to span all of their albums to date, from Diamond Life in 1984 to last year's Soldier of Love. It features 14 of the 16 tracks that made up 1996's single-disc The Best of Sade - omitting "Like a Tattoo" from Love Deluxe (1992) and one of the band's few non-LP tracks, a cover of Percy Mayfield's "Please Send Me Someone to Love" from the Philadelphia soundtrack - and features four unreleased tracks, including a remix of "The Moon and the Sky" (from Solider of Love) featuring Jay-Z. There's also one relatively rare track that closes out the set: a remix of "By Your Side" by The Neptunes that appeared on a CD single in 2000.

Do note that Amazon has a deluxe edition of the set listed for a May 10 release, albeit as an import. There's no word on what that set would feature. In the meantime, if you're so inclined, order your copy from Amazon here and hit the jump to check out the track list.