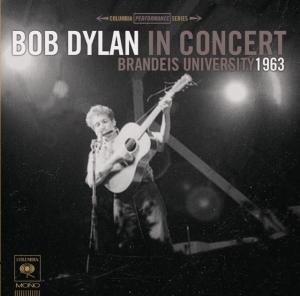 Will the real Bob Dylan please stand up?

Sunday, May 12, 1963. A 21-year old Bob Dylan is scheduled to appear on The Ed Sullivan Show, America’s favorite variety program. The young singer plans to perform his satirical “Talking John Birch Paranoid Blues,” taking sharp aim at the radical anti-Communist John Birch Society. In the song, Dylan’s narrator joins the group, walking off with his “secret membership card," ready to hunt for reds. “Now we all agree with Hitler’s views, although he killed six million Jews,” he sings. “It don't matter too much that he was a fascist, at least you can't say he was a Communist!” The narrator then proceeds to search under his bed, in the sink, in the car glove compartment…even “deep inside my toilet bowl” before realizing that “ol’ Betsy Ross” herself  had put red stripes on the American flag! “Talking John Birch” was one vivid example of the young Dylan’s gift for putting into lyrics the feelings of a generation, often utilizing wickedly acidic humor as a tool. But when Dylan performs the song at an afternoon rehearsal, CBS executives get cold feet, and they order that another song take its place. Dylan walks out rather than cave in, earning plaudits from his already-growing legion of fans.

Fast-forward to April 2011. A now 69-year old Dylan has just played his landmark first concerts in the Communist countries of China and Vietnam. Reports quickly emerge that the artist allowed government officials to vet his set lists prior to performance. Some of the very same people who once adopted Dylan’s anthems as their own chastise him, with prominent columnist Maureen Dowd going so far as to brand him “a whole new kind of sellout” from her perch in The New York Times. Princeton University professor Sean Wilentz, a Dylan historian, counters by asserting that Dylan’s music “long ago became uncensorable,” adding that “subversive thoughts aren’t limited to his blatant protest songs of long ago.” Should Dylan have agreed to the conditions placed upon him by the Chinese and Vietnamese governments? Would he have really even bothered to play “Blowin’ in the Wind” or any of the other so-called “protest songs” anyway? Whatever your feelings, there’s no doubt that the times have indeed a-changed for Bob Dylan. The 21-year old with fire in his belly has aged into a self-proclaimed “song and dance man," though he remains a restless artist drawing on the rich veins of American music to craft songs that are always uniquely “Bob Dylan.” As ever, he is an enigma.

Just two nights before Dylan was scheduled for perform for Ed Sullivan on Broadway, he gave a concert at Massachusetts’ Brandeis University as part of the university’s folk festival, and "John Birch" was on the setlist. Dylan wasn’t high up on the bill; Jean Redpath, Jean Ritchie and Pete Seeger were all billed above him. His first, self-titled album hadn’t made a dent on the charts, and his second album wrapped recording only three weeks prior to the concert. That seemingly inauspicious evening is now something of a cultural milestone. It’s one of the few remaining aural documents presenting Dylan on the cusp of the stardom that would irrevocably change him – and America’s musical landscape. After a limited edition release last year as part of exclusive retailer bundles for The Bootleg Series Volume 9: The Witmark Demos, Columbia Records and Legacy have given wide release to Bob Dylan in Concert: Brandeis University 1963 (88697 84742-2) preserving that May 10 performance.

It was the private collection of the late music critic Ralph J. Gleason that yielded the remarkable find that is this short seven-song concert recording. Producers Jeff Rosen and Steve Berkowitz have elected to present the tape – recorded at the Brandeis gymnasium - warts and all, meaning that the first track (“Honey, Just Allow Me One More Chance”) begins in midstream, Dylan adjusts his microphone at one point, and we’re treated to an emcee’s between-set chatter: “Bobby Dylan will be back in the second half of the concert!”

It’s the music that matters most. Alongside “John Birch” is the even more powerful and equally scathing “Masters of War.” A still-shocking commentary on the arms race set to a traditional folk melody (originating in the English folk song “Nottamun Town”), “Masters” was so plain-spoken in its venom that anyone could understand it. Like four of the concert’s seven songs, it would appear on Dylan’s second LP, The Freewheelin’ Bob Dylan, released just a couple of weeks after the Brandeis concert. In that LP’s liner notes, Nat Hentoff recounted Dylan’s confession that “I don’t sing songs which hope people will die, but I couldn’t help it with this one.” “Masters” was Dylan at his most startling as he attacked proponents of the miltary/industrial complex. Even listening this many years later, it’s no surprise that the song attracted so much attention with plainly-intoned lines like “even Jesus would never forgive what you do.” “Masters” makes the bile of “Positively 4th Street” seem quaint by comparison: “I hope that you’ll die, and your death’ll come soon/I’ll follow your casket in the pale afternoon/And I’ll watch while you’re lowered/Down to your deathbed/And I’ll stand over your grave/Till I’m sure that you’re dead.” The Brandeis performance is expectedly hair-raising.

“Ballad of Hollis Brown” is another one of Dylan’s most famous songs of social significance, though it wouldn’t see official release until 1964’s The Times They Are A-Changin’ LP. Dylan introduced it to the Brandeis crowd as a “true story” before launching into the tale of a South Dakota farmer, desperate and impoverished, who kills his wife, children and himself: “seven people dead on a South Dakota farm,” sings the narrator in a matter-of-fact manner.

Dylan has, over the years, made it clear that he never wished to be the voice of conscience or protest. But the day’s events weighed heavily on him and topical songs were pouring forth at a prolific clip; whereas Dylan’s debut album featured only two new songs, the second album was almost entirely original. “Talkin’ World War III Blues” is as “of the moment” as “Masters of War,” but Dylan takes a different approach. Another “talking blues” as well as a piece of sharp commentary, the song was improvised during the final session for Freewheelin’, and paints a vivid, acerbic picture of the singer on a psychiatrist’s couch, recounting his post-apocalyptic dreams. He sees a man at a hot dog stand but the man rebuffs him: “Thought I was a Communist!” He spies a Cadillac uptown and with nobody in sight, gets into the driver’s seat for a trip down 42nd Street: “Good car to drive after a war.” Dreams figure prominently in another song, “Bob Dylan’s Dream,” but that one finds its author in a more placid, reflective, and altogether wistful mood.

If Bruce Springsteen’s early songs revealed the troubadour in thrall to Bob Dylan, many early works of the man born Robert Zimmerman show his great debt to Woody Guthrie. The final song played at Brandeis, “Talkin’ Bear Mountain Picnic Massacre Blues,” had been performed as early as June 1961, and showed Dylan’s uncanny ability to draw inspiration from the unlikeliest of places as well as his absorption of Guthrie's dry, wry style. Noel Paul Stookey, of Peter, Paul and Mary, showed Dylan a newspaper clipping about a cruise up the Hudson River that turned to panic due to overcrowding and counterfeit tickets. Soon after, a song was born. Dylan’s own version of the tale never fails to elicit laughs when he deadpans, “But little did I realize I was in for a picnic surprise/Had nothin’ to do with mountains/I didn’t even come close to a bear!”

Brandeis University 1963 has been remastered from the surprisingly excellent source tape by Mark Wilder, and features new liner notes penned by Dylan scholar Michael Gray. Gray’s notes offer a short essay placing the concert in context as well as brief track-by-track annotations. Much like its companion The Witmark Demos, this disc is essential for fans seeking more than just the typical greatest-hits fare in a live setting. Brandeis presents a casual, freewheeling and confident Dylan on the brink of greatness. Long before Dylan was branded a “Judas,” shattering conventions with the electric rock of “Like a Rolling Stone,” he was learnin' the blues. Who is the "real" Bob Dylan?  There may not be a definitive answer to that question, but Brandeis University 1963 is, put simply, an education.