Long Live Rock and Roll! Dio Compilation Due in U.K. This May 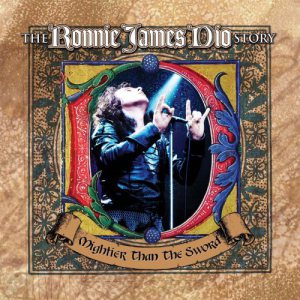 Ronnie James Dio passed away in 2010, but his spirit has lived on rather nicely in the world of reissues. In recent years, Universal in the U.K. has released expansive deluxe editions of the vocalist's work with Black Sabbath and Rainbow, not to mention a few archival releases through his own estate's Niji Entertainment Group. Now, Universal Music Catalogue will add another compilation to the mix for U.K. fans - one which covers, in two discs, all of the artist's major-label acts.

Mightier Than the Sword: The Ronnie James Dio Story, collects tracks from virtually every band Dio ever fronted, from Elf and Ritchie Blackmore's Rainbow to Black Sabbath, Dio and Heaven and Hell (the reformed Dio-led lineup of Black Sabbath that performed in the late 2000s). There's even a track from the lesser-known solo project by ex-Deep Purple bassist Roger Glover, released in 1974.

Expect the set in U.K. shops on May 30 and a week later in the States. A full track list and order link follows after the jump.