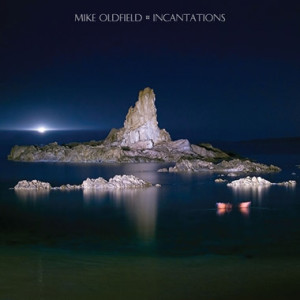 We have another Mike Oldfield record getting the deluxe treatment from Universal in the U.K. this summer.

Following expansive CD/DVD editions of Oldfield's prog-instrumental masterpiece Tubular Bells and follow-ups Hergest Ridge and Ommadawn in 2009 and 2010, Oldfield's Incantations, originally released on Virgin in 1979, will get the expanded treatment.

The four-movement piece, each of which took up a side of vinyl in its original release, will feature a bonus CD of single material and newly remixed selections from the album. A surround mix of those selections on Disc 2, along with vintage concert and video footage on DVD, will be included.

A single-disc remaster with one bonus track (the 1979 single "Guilty") and double-vinyl edition (500 of which will be signed by Oldfield and available on his official site) will also be available. All packages will be released July 25.

Have a look at the track list after the jump. Thanks to MusicTAP for bringing this to light!