180-gram vinyl reissues of the first four Ramones records! The first 500 to buy them from Rhino directly (as seen in this post) get replica 45s with each album, too. (Official site) 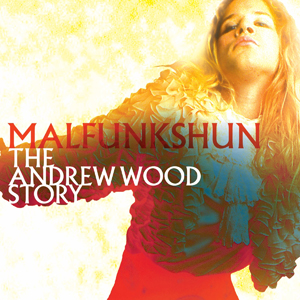 A late, underrated icon in the early days of grunge gets his due with this triple-disc set, featuring the acclaimed DVD documentary of his life and career (which gives the set its name) plus a remastered and expanded version of Malfunkshun’s first and only full LP with loads of extra bonus songs. (Hip-o Select)

A full chronicle of the band’s first brush with a softer pop/rock sound (“Keep On Loving You,” “Take It on the Run”), now expanded with a bonus disc of demos. (Official site)

A reissue of the feature-laded two-disc DVD set first released in 2000. (Official site)

In honor of the band’s 50th anniversary, a blast from the past concert special making its DVD debut. (Amazon – currently an exclusive)

Don’t forget, if you’re at San-Diego Comic Con this week (July 21-24), you can purchase this three-disc set of TNG music before it’s available to the general public in August! (La-La Land)