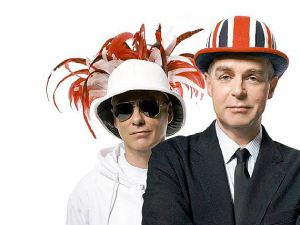 Add another catalogue set for 2012 to the list: this winter will see the release of the Pet Shop Boys' second B-sides compilation, spanning the past 15 years of their recording career.

As reported by our dear friends at Slicing Up Eyeballs, the Boys (who are also working on a new LP for the new year) revealed to Varsity, Cambridge University's paper, their intent of releasing a new B-sides set, following the tradition of 1995's Alternative, the group's first two-disc set of rarities from 1986 to 1994.

Within days, a track list was announced, showcasing tracks such as a 1995 remake of "In the Night," the original of which was itself one of the group's first B-sides (to "Opportunities (Let's Make Lots of Money)" in 1985); a demo of "Confidential," a song written for Tina Turner's Wildest Dreams album in 1996 and the group's 2006 cover of "In Private," a song written for Dusty Springfield in 1991 and here presented as a duet with Elton John.

The set is slated for a February 6 release in the U.K., although no pre-order links have shown up yet. In the meantime, enjoy the track list after the jump.