The Eighth Day of Second Discmas

Well, friends, all good things must come to an end, but we couldn't be more excited with the offerings we have for you today, the final day of Second Discmas!

Courtesy of our terrific friends at Rhino Entertainment, we've got an amazing pack of three of the label's finest Handmade releases of 2011: the expanded 2-CD box set of The Beau Brummels' Bradley's Barn; the first-ever release of the heavy psychedelia of Iron Butterfly's Fillmore East 1968; and finally, the brand-new, hot-off-the-presses 3-CD/1-7" single box set of The Monkees' Instant Replay!

And that's not all.  Not one, not two, but three winners will take home this exciting collection of some of the grooviest and altogether most adventurous music reissued in 2011!

You can be one of the lucky winners of the Rhino Handmade 3-pack by e-mailing us (theseconddisc (at) gmail (dot) com)!  Just be sure to include your name, city and state in your email, with "Rhino" (what else?) in your subject line! 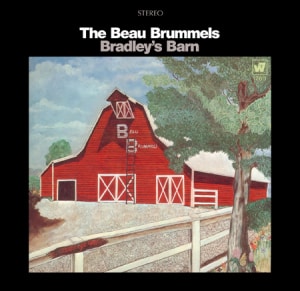 But that’s not your only way to win!  You can also “like” this post as it appears on Facebook or retweet the post on Twitter!  Drawings for The Beau Brummels/Iron Butterfly/The Monkees must be received by Friday, December 23, at 3:00 p.m. EST.  And if you've already entered a previous Second Discmas drawing, you're still eligible to take this prize home!

Winners for Week 2 of Second Discmas, including the Rhino 3-pack, will be announced tomorrow, Friday, December 23, after this drawing has closed.  Thanks, everybody, for entering, and good luck!