You Can Dance: New ABBA CD/DVD Compilation Due This Fall 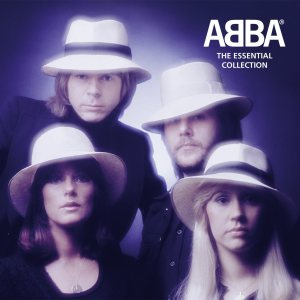 While there are more than enough deluxe reissues, compilations and box sets to satiate ABBA novices and experts alike, Universal's European arm is throwing their hat into the ring once more this fall with the release of The Essential Collection, a two-CD/one-DVD singles and videos compilation.

While there's no new audio material to be had in The Essential Collection (we can't be too spoiled after the unreleased track on the deluxe reissue of The Visitors), the set may be the most comprehensive singles collection the band has ever released. Familiar tracks like "Dancing Queen," "Mamma Mia," "Waterloo," "Take a Chance on Me," and "Super Trouper" take equal footing with lesser-known cuts like "Ring Ring" and "He is Your Brother" from the band's 1973 debut and international-only single tracks like "Bang-a-Boomerang," "Eagle" and "Angeleyes."

The DVD includes 34 of the iconic band's promo videos, including several of their hits as re-recorded in Spanish. In traditional ABBA fashion, two of those clips - the Spanish versions of "Knowing Me, Knowing You" and "Thank You for the Music" - have been unearthed from the vaults and are making their debut on home video.

Initially due for a release this month, ABBA's The Essential Collection will be released in Europe on September 3. (Separate packages containing just the CDs or the DVD will be available on the same day.) (Props to Super Deluxe Edition for breaking this story wide!)