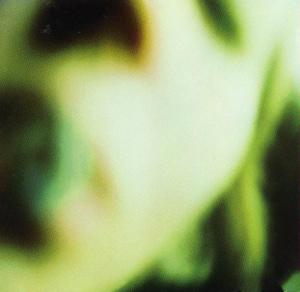 Released at the end of 1994, after the band's wave of success off the Top 10, quadruple-platinum Siamese Dream through 1993 and 1994, Pisces Iscariot collated the best of the band's many non-LP B-sides (most of which were only available on import singles) as well as three "new" tracks from the Siamese Dream sessions. Audiences were excited to have more of Corgan and company in their CD players, and, with the help of a hit rock single (a cover of Fleetwood Mac's "Landslide" peaked at No. 3 on the Billboard Modern Rock Tracks chart), the set was a Top 5 hit - at that point, the band's best placement on the U.S. charts.

Ever the fastidious archiver, Corgan is pulling out all the stops for this expansion of Pisces Iscariot, adding a bonus CD, a DVD and a cassette(!) to the package. The bonus disc includes more original non-LP B-sides and rare, period-appropriate compilation appearances, some of which are newly remixed for this edition, as well as eight newly-released outtakes, many from the band's earliest sessions in their native Chicago in the late 1980s.

The band's early Chicago period colors the rest of the bonus material, too: a live performance at Roselle Music in Roselle, IL in 1988, recorded by local access music show The Pulse, features on the DVD (no clarification yet on what the rest of the tracks listed on the DVD entail). Finally, a replica of a self-released cassette the band created in 1989 will round out the set.

Rest assured, more Pumpkins expansions and archival projects will be released after the deluxe Pisces Iscariot. Corgan - who took the Pumpkins back into the U.S. Top 5 with Oceania, an album culled from his 44-song Teargarden by Kaleidyscope project, last week -  has announced his intentions to expand and reissue the band's entire output (having confirmed work on expansions of the highly acclaimed Mellon Collie and The Infinite Sadness and The Aeroplane Flies High box set), and in April created The Lucky 13, a specialized production team that will, with fan input, "review archival material, identify possible pricing models, and propose methods and formats of distribution for selected audio and video releases."

The Pisces Iscariot reissue is out July 17 and can be ordered after the jump. The track listing is also there, too; a huge hand to SP fan site Crestfallen for breaking that story.