The Gold Legion label has two expanded titles coming from a pair of disco and dance legends this fall.

Expect remastered and expanded editions of the late, great Laura Branigan’s Branigan (1982) and Self Control (1984) albums, as well as reissues of Inside Story (1986) and Bulletproof Heart (1989) from Grace Jones, this September.

Branigan, the big-voiced New Yorker with a four-octave range, burst onto the scene in 1982 with the release of Branigan, a solid offering of dance-rock bolstered by a cover of “Gloria,” an Italian pop hit for Umberto Tozzi in 1979. Branigan’s iconic, addictive single spent an extraordinary 36 weeks on the U.S. charts, peaking at No. 2 and earning her a Grammy nomination. Branigan’s embrace of European musical trends and songcraft netted her greater success as the ’80s rolled on, first with a French pop song, “Solitaire,” translated into English by a rising lyricist named Diane Warren; then with “Self Control,” a hard-driving song co-written by Italian pop star Raffaele “Raf” Riefoli that was a Top 5 hit in 1984. The expansion of Branigan features the 12″ version of “Gloria” as well as 1981 non-LP single “Looking Out for Number One,” while Self Control features remixes of the title track and singles “Satisfaction” and “The Lucky One.” 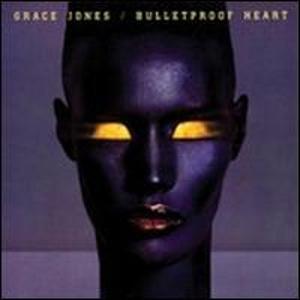 Gold Legion then turns its attention to an oft-overlooked period for iconic dance musician/model/actress Grace Jones. The striking Miss Jones took on her biggest film role in 1985 as the mysterious May Day in the James Bond film A View to a Kill, and would end her longtime association with Island Records with the bestselling Island Life compilation. The next year, she took up with producer Nile Rodgers (ironically, a missed encounter at Studio 54 inspired Rodgers and Bernard Edwards to write massive hit “Le Freak” during their tenue in CHIC) and released Inside Story on EMI-owned Manhattan Records. The LP spawned a sizable U.S. dance hit in “I’m Not Perfect (But I’m Perfect for You),” co-written by British songwriter Bruce Woolley (who co-wrote Jones’ hit “Slave to the Rhythm”). Follow-up album Bulletproof Heart was produced by a number of dance producers, including Jonathan Elias, Jones’ then-husband Chris Stanley and up-and-coming dance hitmakers Robert Clivillés and David Cole (the individual letters in the C+C Music Factory outfit). While the album was not a commercial success and would remain her last LP for nearly 20 years, it’s finally getting its due on CD, with three bonus remixes to boot. (Five remixes appear on Inside Story.)

Both Branigan discs and Bulletproof Heart will be available on September 18, with Inside Story following a week later. The initial 1,000 copies of each Grace Jones album will feature a special cardboard slipcase, and all sets will have expanded booklets. Hit the jump to explore these titles and place your orders!