END_OF_DOCUMENT_TOKEN_TO_BE_REPLACED

Laura Branigan became an overnight sensation with the release of 1982's "Gloria." Her throbbing adaptation of Umberto Tozzi's Italian hit not only reached No. 2 on the Billboard Hot 100 (held from the top spot by Lionel Richie's "Truly") but spent 36 weeks on the chart, establishing a new record for a solo female artist. A dance party anthem for a post-disco age, "Gloria" helped propel the singer's debut album, Branigan, to top 40 status and a Gold sales certification. It set the stage for

END_OF_DOCUMENT_TOKEN_TO_BE_REPLACED

The wait is over: Other Half Entertainment, the late Laura Branigan's production company, has recently reissued her 1983 sophomore album Branigan 2 on CD in a new edition expanded with one additional track, the 12-inch mix of the leadoff single "Solitaire." German producer Jack White returned from debut album Branigan to once again helm the LP, and was this time joined by the up-and-coming Robbie Buchanan as associate producer and arranger in place of Greg Mathieson.  Keyboardist Buchanan put

END_OF_DOCUMENT_TOKEN_TO_BE_REPLACED

“What kind of an artist are you?” The question has been asked again and again in this age of music reality shows in which a fickle public can make a recording star – at least for fifteen minutes – by dialing an 800 number or sending a text message. Truth to tell, Laura Branigan could have been any kind of artist she desired. Armed with a powerful, resonant and highly individual voice, Branigan worked her way up the ranks of stardom.  She ultimately chose to embrace the sounds of contemporary

END_OF_DOCUMENT_TOKEN_TO_BE_REPLACED 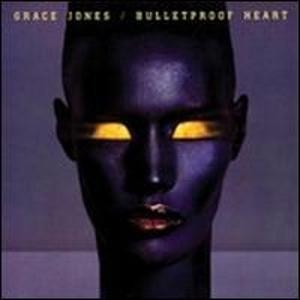 The Gold Legion label has two expanded titles coming from a pair of disco and dance legends this fall. Expect remastered and expanded editions of the late, great Laura Branigan's Branigan (1982) and Self Control (1984) albums, as well as reissues of Inside Story (1986) and Bulletproof Heart (1989) from Grace Jones, this September. Branigan, the big-voiced New Yorker with a four-octave range, burst onto the scene in 1982 with the release of Branigan, a solid offering of dance-rock bolstered by