Lively Up Yourself: Marley's Dub Mixes Released on CD by Island 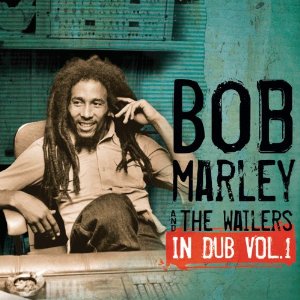 In a year which saw a new Bob Marley compilation with some rare material surface (to tie in with the recent Marley documentary film, due on DVD and Blu-Ray next Tuesday), Universal has again gone into the reggae legend's vaults for a new compilation focusing on Marley and The Wailers' dub mixes.

Dub, a subgenre of reggae with an emphasis on rhythm tracks, would enjoy heavy crossover appeal by the middle of the 1980s. But during The Wailers' heyday, dub was consigned to some of the more innovative studio musicians of Jamaica, from King Tubby to Lee "Scratch" Perry. The Wailers' dub mixes were often hard to find, rarely appearing outside of local dub plate singles on Marley's Tuff Gong Records; some were never even released until the deluge of reissues and anthologies following Marley's unexpected death in 1981.

As it stands, about seven of the 11 tracks on In Dub, Volume 1 have never been before released on a physical album. (This set was released as a digital download in 2010.) One newly-created mix, "Lively Up Your Dub," has been created by noted reggae producer Scientist just for this set. And physical consumers rejoice! In Dub, Volume 1 (the promised first in a series) is available now on CD or vinyl. Hit the jump to order your copies and have a look at the track list.