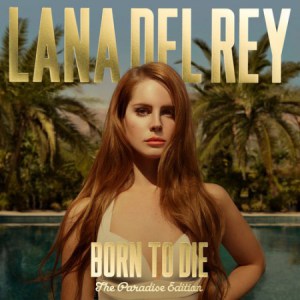 Hey, remember Lana Del Rey? The pouty-lipped, perpetually dazed young lady responsible for some vaguely ineffectual chamber pop and the most histrionic vortex of critical backlash of the year - possibly of the nascent century? Back when we weighed in on her, we did so because there was talk of reissuing some of her early independent works through her contract with Interscope.

Well, it looks like we are indeed getting a reissue from the erstwhile Lizzy Grant, and holy cow, you guys. Her debut LP Born to Die, which features the U.K. hit "Video Games" and other assorted hazy songs about being a devil-may-care youth in a large metropolitan area, is getting grotesquely expanded for the holiday season, with a new almost-album of extra material and, in some cases, a CD/DVD/vinyl box set! What?!

Hit the jump to read on and determine whether or not you should buy the box set to impress someone you know who works at H&M.*

Born to Die: Paradise Edition features the original LP that drove some music critics insane for seemingly no reason, appended with three bonus tracks. Those tracks appeared on another deluxe edition of the album released in the U.K.; two of them appeared on the album configuration exclusive to Target stores in America. Then, there are eight extra tracks (nine if you order it from iTunes) on a separate disc called Paradise, also to be released separately, including new singles "Ride" and an oddly appropriate cover of Bobby Vinton's "Blue Velvet," and at least one re-recorded old track, "Yayo," which appeared on Del Rey/Grant's independent debut EP and subsequent LP. 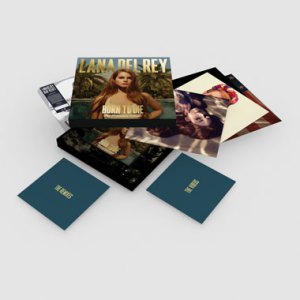 Now, for those Lana Del Rey superfans out there, there's a box set edition of Born to Die: Paradise Edition which will feature those two discs plus a third CD of remixes (most of which have been released on various singles around the world), a DVD of music videos and a picture-disc vinyl single including "Blue Velvet" with a remix of the same track.

All these sets are due out on November 12. Amazon links aren't live yet, but you can get the box directly from Universal here.