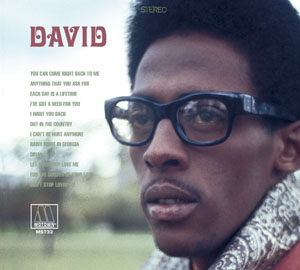 Two new releases from Hip-O Select are on the horizon: one closing the book on a trumpeting legend at a beloved jazz label, and one reissue spotlighting one of Motown's most underrated voices.

First, the Motown news: David Ruffin's self-titled, unreleased LP is coming back to the CD format. David was intended for release in 1971 and featured songwriting and production from the brightest stars on the roster at the time, including Henry Cosby co-writes "Each Day is a Lifetime" and "I Can't Be Hurt Anymore," Smokey Robinson-aided composition "Dinah," and covers of The Jackson 5's "I Want You Back," Stevie Wonder's "Heaven Help Us All" and Tony Joe White's "Rainy Night in Georgia."And yet, the passionate David was surprisingly shelved in favor of a duet album between David and his brother Jimmy.

Outside of two singles from the album sessions, David wouldn't see a release until 2004, when the original 12-track album, four single mixes and seven session outtakes were released by Select. That release sold out its original pressing of 3,500 copies; due to popular demand, another 2,000 units of the expanded program is finally being repressed to CD with all the same notes (the only packaging difference is the original digipak being replaced with a standard jewel case). Special thanks to super reader Jonathan Peters for the tip!

After the jump, take a look at Select's latest project for Clifford Brown, featuring the vocal talents of Sarah Vaughan, Helen Merrill and Miss Dinah Washington! 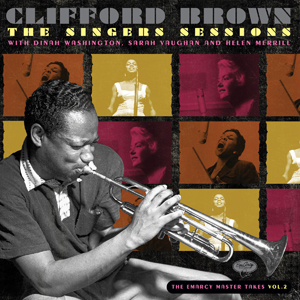 Clifford Brown's prowess as a trumpeter far outlived the man himself. Brown died in a car crash in 1956, leaving only four years' worth of work in the jazz genre. But what work it was! Brownie, as trumpet player for his hard-bop quintet with Max Roach and Sonny Rollins, was as articulate and harmonic a player as they ever found, and he spent much of the end of his career playing sessions for one of Dinah Washingston's first long-playing records, as well as the first of Sarah Vaughan's and Helen Merrill's for the format.

Verve Select's The Singers Sessions: The EmArcy Master Takes Vol. 2, a sequel to the first such volume from 2009, showcases the final takes of those sessions - 29 in all. Two discs find him backing Dinah on standards like "I've Got You Under My Skin," "You Go to My Head," "I'll Remember April" and others, then a final CD collects the Vaughan and Merrill LPs. For this set - the first time all of this work has been available under one roof - all tracks have been newly-mastered, and the hardback book package - limited to 5,000 copies - features rare photos and new liner notes by author Aaron Cohen.

Both titles are available to pre-order direct from Select; David has a retail release date of next Tuesday, October 9 while the Clifford Brown box is available