END_OF_DOCUMENT_TOKEN_TO_BE_REPLACED

August 25, 2018 will mark what would have been the 100th birthday of Leonard Bernstein, and while the maestro passed away in 1990 at the age of 72, he left behind a lifetime of remarkable music in multiple genres.  A number of classical releases have been issued for the Bernstein centennial, but a new entry concentrates on the popular side of the composer.  The 2-CD anthology Jazz Loves Bernstein, on the Decca Broadway label in association with Verve and UMe, collects 27 examples from the

END_OF_DOCUMENT_TOKEN_TO_BE_REPLACED

"Live from Rosy's...The Divine One, Sarah Vaughan!"  So begins Resonance Records and NPR Music's new release, Live at Rosy's.  It would take an extraordinary talent to live up to that sobriquet, but throughout her career, Sarah Vaughan certainly did.  Live at Rosy's is the first commercial release of Vaughan's May 31, 1978 performances at the New Orleans nightspot, recorded for NPR's Jazz Alive program and presented here as remastered from the original eight multitrack reels.  Vaughan was backed

END_OF_DOCUMENT_TOKEN_TO_BE_REPLACED

By 1971, the expansion of the Great American Songbook was well underway. It became clear to many that the songs of Burt Bacharach and Hal David, John Lennon and Paul McCartney, Jimmy Webb, Joni Mitchell, Carole King and Gerry Goffin, Bob Dylan and their contemporaries were more than just a flash in the pan. The most prescient observers could have realized – and some did – that these songs would one day be sung in programs alongside those of Cole Porter, Richard Rodgers and Lorenz Hart, Irving

END_OF_DOCUMENT_TOKEN_TO_BE_REPLACED

Well, summer is officially upon us! Already there's talk about which songs will be anointed the perfect summer jams for 2014 - songs by artists like Ariana Grande, Iggy Azalea and the ubiquitous Pharrell Williams. If those names don't set your pulse racing, however, Legacy Recordings has an alternative that's bound to conjure up images of tropical sunsets, refreshing drinks and summer breeze. Studio Rio Presents The Brazil Connection makes over 12 pop classics from the Sony vaults by melding the

END_OF_DOCUMENT_TOKEN_TO_BE_REPLACED

If you’re looking for a little music to go with your grande toffee nut latte, Starbucks has recently unveiled a number of new audio offerings to kick off 2014.  In addition to its annual Sweetheart disc – an anthology of new(ish) artists playing old(ish) love songs including, this year, songs by John Lennon, Bob Dylan and Harry Nilsson – the coffee giant has curated a selection of Music for Little Hipsters, sets dedicated to Women of Jazz and When Jazz Meets Guitar, and an Opus Collection volume

END_OF_DOCUMENT_TOKEN_TO_BE_REPLACED

Over a long recording career encompassing roughly ten labels and 45 years, “Divine One” Sarah Vaughan (1924-1990) followed her muse wherever it led.  That meant she might record an album of poetry by Pope John Paul II one day (1984’s The Planet is Alive...Let It Live!) and bossa nova with Sergio Mendes the nest day (1987’s Brazilian Romance, recently reissued as part of Legacy’s Complete Columbia Albums Collection, or a Beatles anthology (1977’s Songs of the Beatles, belatedly released in 1981)

END_OF_DOCUMENT_TOKEN_TO_BE_REPLACED

The latest from Verve Select, released earlier this week, is a collection of over a half-dozen vintage albums by jazz legend Sarah Vaughan on four discs. Divine: The Jazz Albums encapsulates Vaughan's first round on the Mercury label, after finding earlier success for the previous decade on first the Musicraft label (where she cut hit versions of "Tenderly" and "Nature Boy") and later for Columbia Records, a run characterized by contemporary pop balladry. Once signed to Mercury, she was

END_OF_DOCUMENT_TOKEN_TO_BE_REPLACED

Etta James and Sarah Vaughan: by any and all accounts, two formidable women of song.  Now, these late legends are both receiving the deluxe treatment from Legacy Recordings on two box sets as part of the Complete Albums series. Though Etta James' most enduring recordings were made during her sixteen years (1960-1976) at Chess Records, including her oft-imitated but never-topped perennial "At Last," the former Jamesetta Hawkins recorded for over fifty years in a variety of genres for a variety

END_OF_DOCUMENT_TOKEN_TO_BE_REPLACED 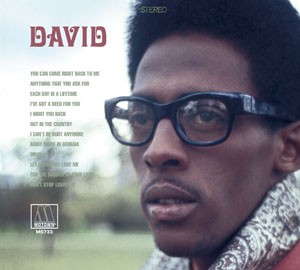 Two new releases from Hip-O Select are on the horizon: one closing the book on a trumpeting legend at a beloved jazz label, and one reissue spotlighting one of Motown's most underrated voices. First, the Motown news: David Ruffin's self-titled, unreleased LP is coming back to the CD format. David was intended for release in 1971 and featured songwriting and production from the brightest stars on the roster at the time, including Henry Cosby co-writes "Each Day is a Lifetime" and "I Can't Be

END_OF_DOCUMENT_TOKEN_TO_BE_REPLACED

Though it may be summer vacation for many of us, the folks at Sony's PopMarket have been too busy to take much of a rest!  They'll be releasing three more Complete Albums boxes from a triumvirate of artists who blurred the lines between jazz, R&B, pop and rock.  Box sets for The Brecker Brothers, Etta James and Sarah Vaughan will arrive at general retail as well as at PopMarket.com on August 28. Though most genres have been benefitted from the comprehensive Complete Albums series, jazz fans