In Case You Missed It: "Frankie Said" is a Force from Above 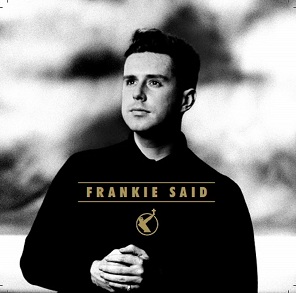 Two albums and seven singles might not seem like enough to base a whole compilation from - unless, of course, you're Frankie Goes to Hollywood. The barrier-breaking Liverpudlian quartet haven't been active in their original form for some 25 years, but their legacy on ZTT Records has been kept alive through various compilations, remixes and reissues - the most recent of which is Frankie Said, released this week in England.

Frankie Said is the first FTGH compilation released under ZTT's distribution deal with Union Square Music/Salvo Records. (The last such set was Frankie Say Greatest, released by Universal in 2009.) Frankie Said includes just about everything you'd expect on such a compilation, including the Top 5 hits "Relax," "Two Tribes," "The Power of Love," "Welcome to the Pleasuredome" and "Rage Hard," as well as key cuts like "War," "Ferry Cross the Mersey" and  "Warriors of the Wasteland."

There are also a few tracks fans might not have enjoyed from other releases, including the original 12" mixes of "Relax" and "Two Tribes," as well as a "live" version of "Born to Run" taken from a performance on The Tube and released on the "Welcome to the Pleasuredome" single in 1985.

At six British pounds (and $13 on our shores), this might be the set to get if you've wanted to dive into the shallow but fun waters of Frankie's discography. You can do that now by ordering from Amazon U.K. or Amazon U.S.; the track list is after the jump.