Another chapter is soon to be written in the story of the classic jazz label Bethlehem Records. The label, founded in 1953 by Gus Wildi, will soon be relaunched by classical specialist label Naxos in association with Bethlehem’s current owner, Verse Music Group.  Titles are planned to roll out in six batches, from August 27 of this year through July 29, 2014.

Bethlehem played a major part in establishing the careers of such prime vocalists as Chris Connor, Nina Simone and Julie London, and at one time or another, its roster of both singers and instrumental talents included Mel Tormé, Johnny Hartman, Dexter Gordon, Art Blakey, Charles Mingus, and Duke Ellington.  The label was notable for affording its artists a measure of creative control they may not have had elsewhere, and flourished under Wildi’s direction until 1962 when it was sold to its then-distributor, Syd Nathan’s King Records (home of James Brown).  Bethlehem’s history from that point on is a tale of sale after sale, and eventually, the label wound up in the hands of the R&B/disco kings at Salsoul Records.  Over the years, CD reissues have arrived from a variety of labels including Rhino and Shout! Factory.  Verse, current owner of the Salsoul catalogue, is teaming up with Naxos for this ambitious Bethlehem campaign.

The current series of remastered reissues – available in both CD and LP formats – kicks off on August 27 with six titles from the Bethlehem catalogue:

Twenty titles (including the aforementioned six) will be issued that same day as iTunes digital releases:

Each album has been remastered from the original analog tapes and will be available with their original LP track line-ups.  Original liner notes and artwork have also been preserved for each reissue.  Verse is promising that limited edition apparel, vinyl bundles and pre-sales will be available at Bethlehem Records’ official webstore in partnership with Backstreet Merch.  You can also follow Bethlehem Jazz on Instagram to view T-shirts based on Burt Goldblatt’s famous Bethlehem album designs.

What albums are still to come from the new Bethlehem imprint?  Hit the jump for a full list and further information!

All of the following albums will be available in both CD and vinyl formats.

You can order the first batch of Bethlehem reissues by clicking on the links below!  All six titles are due in stores on Tuesday, August 27 from Naxos and Verse Music Group. 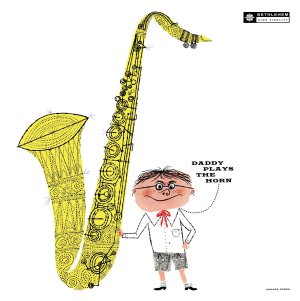 Only an MP3 link is currently available for this title at Amazon.com.

Amazon MP3 link unavailable as of this writing.