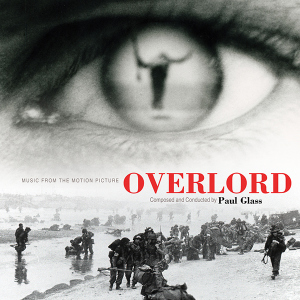 The composers represented on Kritzerland’s most recent release might not be the most widely recognized, but the label’s deluxe 2-CD set from Paul Glass and Robert Farnon should surely earn them quite a few more fans. Overlord / Disappearance / Hustle brings together two scores from Glass (b. 1934) and one from Farnon (1917-2005) on two CDs – for the price of one. Glass, also a prolific composer of “serious” music including pieces for orchestras and chamber groups, was versatile enough to tailor his style to the film he was scoring. If it called for an avant-garde approach, he could provide it. If it called for an accessible approach, he could provide that, too. Farnon is perhaps best known as a composer of “light music,” but it’s a measure of the esteem with which he was held that he was selected to arrange and conduct Frank Sinatra’s sole album recorded outside of the United States, 1962’s Sinatra Sings Songs from Great Britain. The Grammy- and Novello Award-winning composer even inspired such eminences as Andre Previn and Quincy Jones.

Overlord / The Disappearance / Hustle is limited to 1,000 units, and is scheduled to ship from Kritzerland by the first week of June. However, pre-orders placed directly with the label usually arrive an average of three to five weeks early. After the jump: Kritzerland’s original press release explains why you need to hear these scores! Plus: the full track listing and pre-order links!

Director Stuart Cooper is the common thread for these releases. His 1975 film Overlord should have been the launch pad for a major directorial career. Instead, it had a minor release and disappeared until it was, at long last, resurrected years later and rightfully became the classic it always was, beloved by all who saw it, and having a fan in none other than Stanley Kubrick, who declared the only way it could be improved was to make it twice as long. His 1977 film, The Disappearance, also disappeared, especially in the United States, where it was mangled into awfulness by its crass distributor, who completely reedited the film and changed its score. It, too, was resurrected years later and has recently and found its way to Blu-ray, courtesy of Twilight Time. And Hustle aka A Sordid Affair (2000), was made for TV and seen by only those who happen to catch it. In between these three films, Cooper was constantly busy, doing TV (several mini-series, including A.D., The Long Hot Summer, Mario Puzo’s The Fortunate Pilgrim), but he just never got the brass ring that he should have.

His films are uniquely his and don’t feel like anyone else’s, none more so than Overlord, which seamlessly and brilliantly blends historical footage of World War II from the Imperial War Museum with newly-shot footage that matches perfectly, telling the story of one soldier’s life from his being called up to his taking part in D-Day. Paul Glass’s music for Overlord is one of the movie’s strongest assets, a film music masterpiece – a melancholy, elegiac and at times dissonant tone poem that is both exquisite and hugely moving. The score’s main theme is hauntingly beautiful and is used throughout the film to great effect. There are other themes that weave in and out, each creating a perfect musical landscape to go along with Cooper’s visual landscape.   It is an astonishing piece of work and we’re thrilled to finally give it its world premiere release, on the 70th anniversary of D-Day and in conjunction with the film’s Blu-ray release on Criterion.

Hustle, a sexy made for TV neo-noir thriller (shot in Toronto), reunited Cooper and Glass. This was a completely different kind of score for Glass – bluesy, sexy, sultry and dripping with eroticism. It has a beauty of a main theme, but, like most Glass scores, also has moments of dissonance and off-kilter writing.

The Disappearance, the tale of a hit man for an international assassination agency whose wife has disappeared, has a score by Robert Farnon, a wonderful film composer, and also conductor and composer of light music. For The Disappearance, Farnon uses the Ravel Piano Concerto in G major as the basis for his score, but there’s also original Farnon music, too – it’s all of a piece and compliments the film perfectly.

Overlord and Hustle were transferred from Paul Glass’s personal tapes, which we got in the nick of time – they transferred perfectly but as soon as they came off the machine they were literally falling apart. Both scores are in beautiful stereo sound. Sadly, no one, including the Farnon estate, was able to locate any original scoring tapes for The Disappearance, so for those cues we used the film’s mono music track, but thanks to mastering engineer James Nelson, it all sounds excellent.

Overlord/The Disappearance/Hustle is limited to 1,000 copies only and is priced at $19.98, plus shipping.