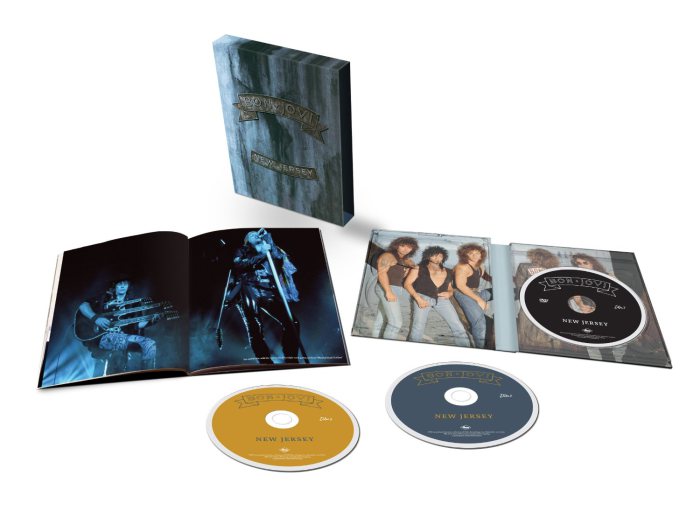 Released in the fall of 1988, New Jersey was the follow-up to 1986's Slippery When Wet, the band's commercial breakthrough which spun off the No. 1 hits "You Give Love a Bad Name" and "Livin' on a Prayer," plus the Top 10 stadium classic "Wanted Dead or Alive." Working again with producer Bruce Fairbairn and songwriters Desmond Child, Holly Knight and Diane Warren, New Jersey - originally conceived as a double album called Sons of Beaches - was an expert repetition of the emotional and musical beats that made its predecessor such a touchstone of '80s rock. And the results were even more stellar: the album spawned five Top 10 singles - "Bad Medicine" (No. 1), "Born to Be My Baby" (No. 3), "I'll Be There for You" (No. 1), "Lay Your Hands on Me" (No. 7) and "Living in Sin" (No. 9) - and was certified seven times platinum.

To commemorate this milestone, New Jersey is being remastered and expanded in two different formats: a standard double-disc deluxe edition includes three original B-sides and 13 unreleased demos and outtakes from the Sons of Beaches sessions, and a super deluxe box adding expanded book packaging and a DVD of two rare features: Access All Areas: A Rock & Roll Odyssey, a Wayne Isham-directed feature on the band from 1990, and seven promo videos, including a live version of album cut "Blood on Blood" and two versions of "Bad Medicine." (A single-disc straight remaster will also be available.)

The New Jersey celebration kicks off July 1. Hit the jump to check out the track list and pre-order your copies! 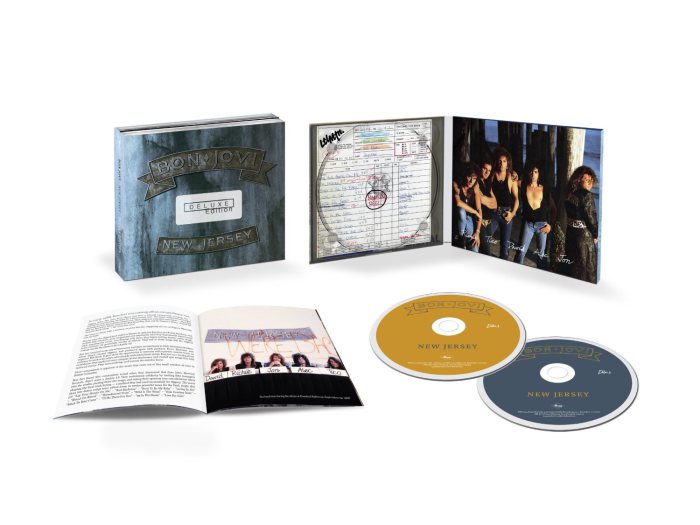