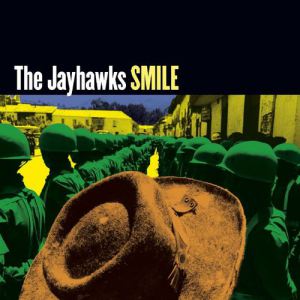 Years after their early major label discography was expanded on CD by Legacy Recordings, the remainder of the alt-country band's output for the American Recordings label will be remastered and expanded by Universal this summer.

The band's last three albums for American - Sound of Lies (1997), Smile (2000) and Rainy Day Music (2003) - caught the band in an interesting time of transition. Marc Olson, who with Gary Louris formed the band's primary singer/songwriter/guitarist unit, unexpectedly left the band after the release of 1995's Tomorrow the Green Grass, leaving Louris, bassist Marc Perlman and keyboardist Karen Grotberg to continue without him. The lineup was greatly expanded on the somewhat darker Sound of Lies, adding guitarist Kraig Johnson, drummer Tim O'Reagan and violinist Jessy Greene. The band, sans Greene, worked with producer Bob Ezrin (KISS, Alice Cooper, Pink Floyd) toward a brighter, pop-oriented sound on Smile and, following the exit of Johnson and Grotberg (and subsequent addition of Stephen McCarthy on guitar), returned to their roots on Rainy Day Music, in fact their highest charting album.

The Jayhawks went on hiatus in 2005, after which Louris and Olson reunited as a duo; the band reunited in 2009, releasing the album Mockingbird Time with the Tomorrow the Green Grass-era lineup in 2011. To promote these new reissues, the band's Sound of Lies-era lineup of Louris, Perlman, Grotberg, O'Reagan and Johnson will tour this summer.

Each CD is remastered and expanded with a handful of bonus tracks, many of them previously unreleased. (Rainy Day Music does not feature the six-track bonus EP More Rain included with certain original copies, though all six of its bonus tracks are being released for the first time. Additionally, American will release all three as deluxe double-vinyl titles on August 5 (this will be Smile's first release on the format in the U.S.).

The vinyl titles are not yet available for pre-order, but the CDs, which hit stores July 1, can be found on Amazon after the jump!