The four shows in March 1971 that made up the band's legendary breakthrough album are presented in full for the first time, along with the group's closing set at the Fillmore East that following June. The Blu-ray version features the material in both stereo and 5.1 surround sound.

This diverse Real Gone set includes a compilation from underrated '80s synthpop group The Dream Academy and recordings from Peggy Lipton, star of The Mod Squad; she covers the songs of Carole King, Laura Nyro, Brian Wilson and Tony Asher, Burt Bacharach and Hal David, and Jimmy Webb on this release, which has liner notes from our own Joe Marchese!

In honor of the new film opening this week, Universal's got a new JB compilation, naturally featuring a pair of unreleased live tracks from 1966. (Amazon U.S. / Amazon U.K.)

Eric Clapton and Friends, The Breeze (An Appreciation of J.J. Cale) (Bushbranch/Surfdog)

Big Break has three more R&B classics arriving on CD this week  including the first post-5th Dimension album from Marilyn McCoo and Billy Davis Jr. featuring their smash "You Don't Have to Be a Star (To Be in My Show)."

Here's the only collection approved for listening by The Star Lord! This indeed-awesome all-catalogue mix includes vintage cuts from The Jackson 5, The Raspberries, David Bowie, The Runaways, Blue Swede, Rupert Holmes and more - all but one of which (Norman Greenbaum's immortal "Spirit in the Sky") play key roles in the Marvel blockbuster-to-be! Also available as part of a 2CD or 2LP deluxe edition also including the film's orchestral score by Tyler Bates!

This two-disc set from the late '90s/early '00s boy band lives up to its name for fans, featuring all the great hits ("Bye Bye Bye," "Tearin' Up My Heart," "Pop") plus a myriad of rarities from compilations, soundtracks and international pressings. (Amazon U.S. / Amazon U.K.) 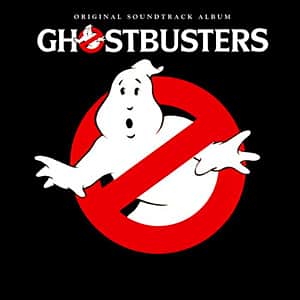 A sequel of sorts to the Record Store Day single co-produced by our own Mike Duquette, this is a straight reissue of the original soundtrack, newly remastered for vinyl. (Amazon U.S. / Amazon U.K.)