Well, it's the first week of March and that can only mean one thing for vinyl aficionados: Record Store Day news is here!  Today and in the week ahead, we'll continue spotlighting the releases to look forward to, including what's coming from our friends from across the pond at Cherry Red.

For the Record Store Day festivities, Cherry Red will be offering up live rarities from Humble Pie, Dinosaur Jr., and The Fall, a soundtrack from The Residents making its vinyl debut, a rare EP from Ben Watt and Robert Wyatt, and an expanded reissue of a Hawkwind classic.  All these will be released exclusively at brick-and-mortar shops this April 18!  Keep scrolling for more details right from the source! 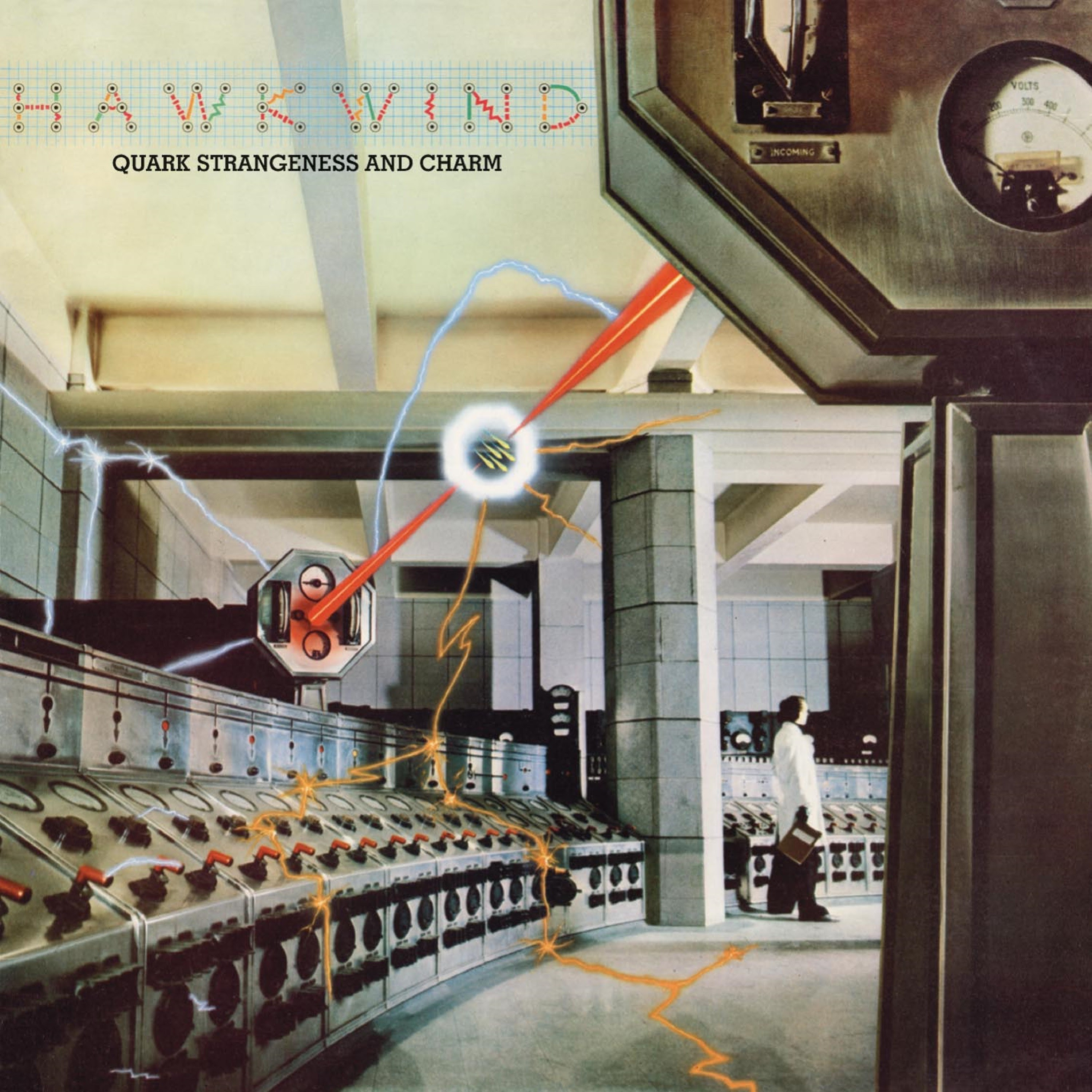 ATOMHENGE, the home of HAWKWIND's catalogue from 1976 - 1997, presents a new exclusive release for RECORD STORE DAY 2020 of the classic album "QUARK, STRANGENESS & CHARM".

Originally released in 1977, "Quark..." was Dave Brock and Robert Calvert's masterpiece that perfectly embraced the influence of the musical New Wave to deliver one of the most effective albums released during Calvert's tenure with Hawkwind. This expanded 2 LP Record Store Day edition has been cut at Abbey Road Studios and is pressed on clear 140 gram vinyl.

Side One
1. Spirit Of The Age
2. Damnation Alley
3. Fable Of A Failed Race

Side Two
1. Quark, Strangeness & Charm
2. Hassan I Sabbah
3. The Forge Of Vulcan
4. Days Of The Underground
5. The Iron Dream
The Rockfield Session Tapes 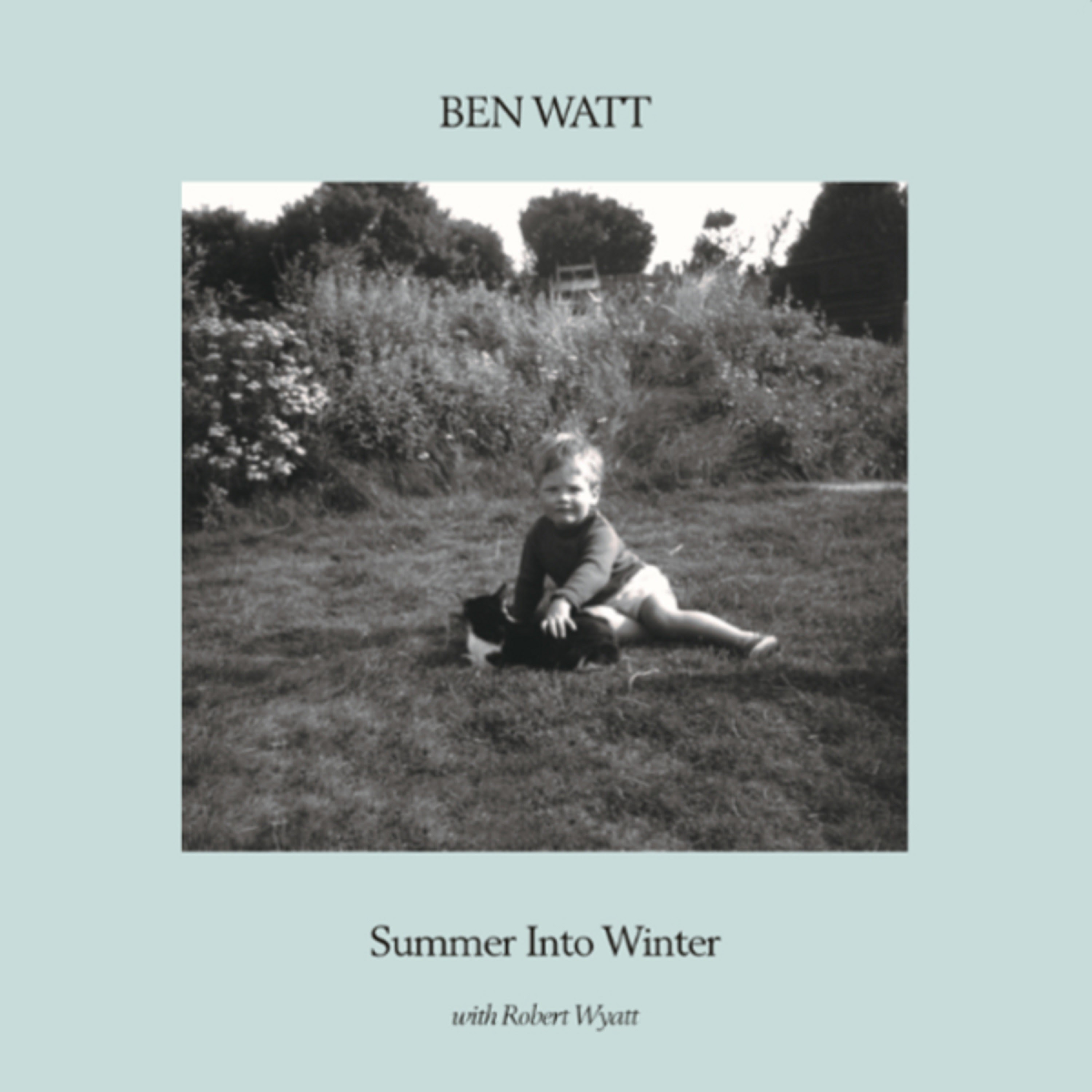 Ben Watt's collaboration with Robert Wyatt originally released as an EP in March 1982.
Remastered at Abbey Road Studios and reissued for Record Store Day 2020.
This critically acclaimed Cherry Red classic has not been available on vinyl for over thirty years.
This exclusive Record Store Day reissue comes printed on reverse board on turquoise transparent vinyl.
This exclusive Record Store Day reissue is released with the full endorsement of Ben Watt and will follow his brand new album 'Storm Damage' in January 2020.

Side One
1. Walter And John
2. Aquamarine
Side Two
1. Slipping Slowly
2. Another Conversation With Myself
3. A Girl In Winter 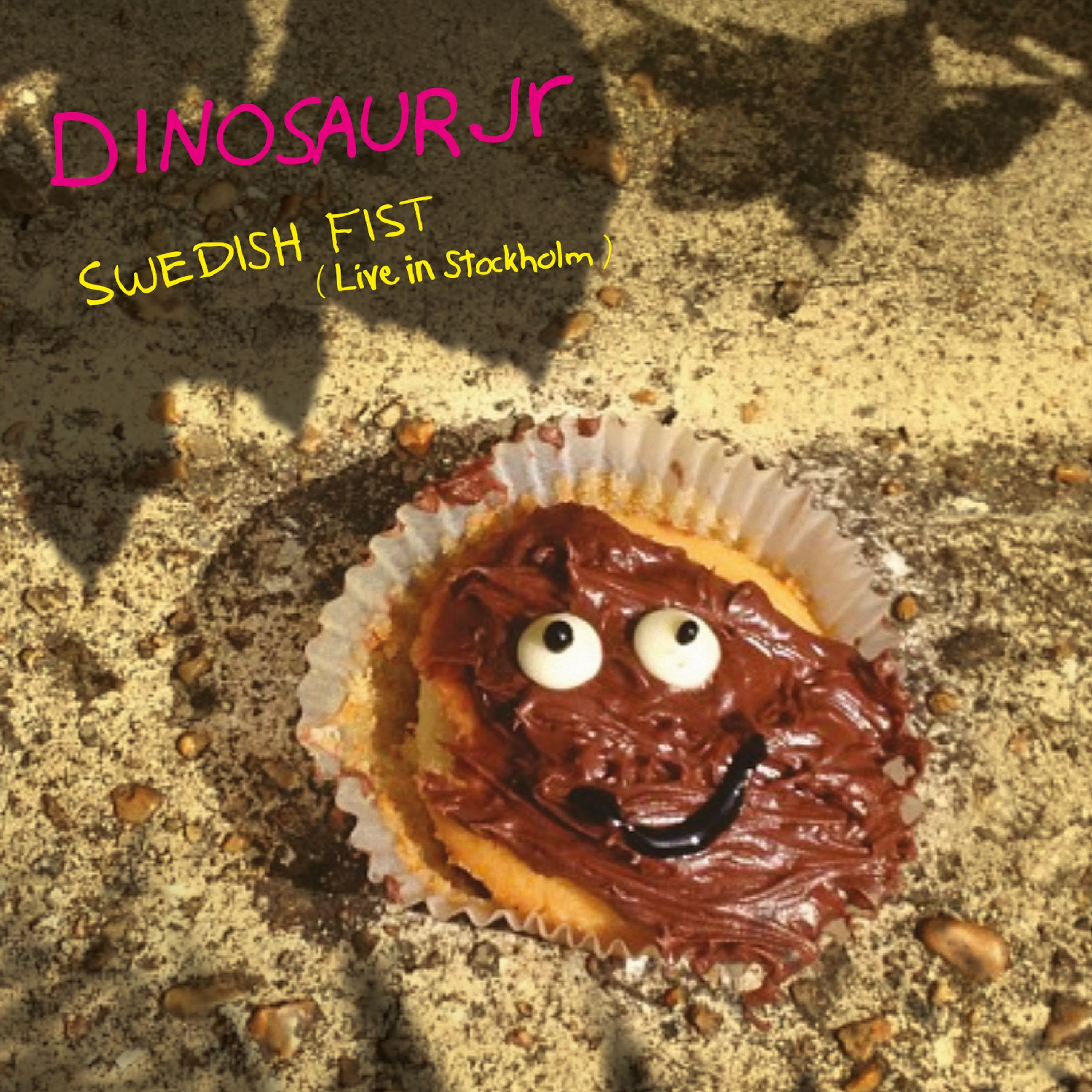 • Recorded Live At Vattenfestival, Stockholm, 1997.
• Pressed On Coloured Vinyl.
• Nine Slices Of Ferocious, Heavy Dinosaur Jr At Their Live Best.
• Includes The Classic Singles 'Freakscene', 'Out There', 'Feel The Pain' And 'Get Me'.
• Limited Availability Worldwide.

Recorded at Stockholm's legendary Vattenfestival, or Water Festival, during a European tour, 'Swedish Fist' captures Dinosaur Jr on ear-bleeding form, months before the group disbanded and undertook an eight year hiatus.
Performing material from across their career, including the classic 'Freakscene' and long-term live favourite 'Sludgefeast', this is a group doing what they do best - playing loud and hard in front of an enthusiastic audience.
"Swedish Fist" will be available exclusively on Record Store Day 2020 and pressed in limited quantity on coloured vinyl. 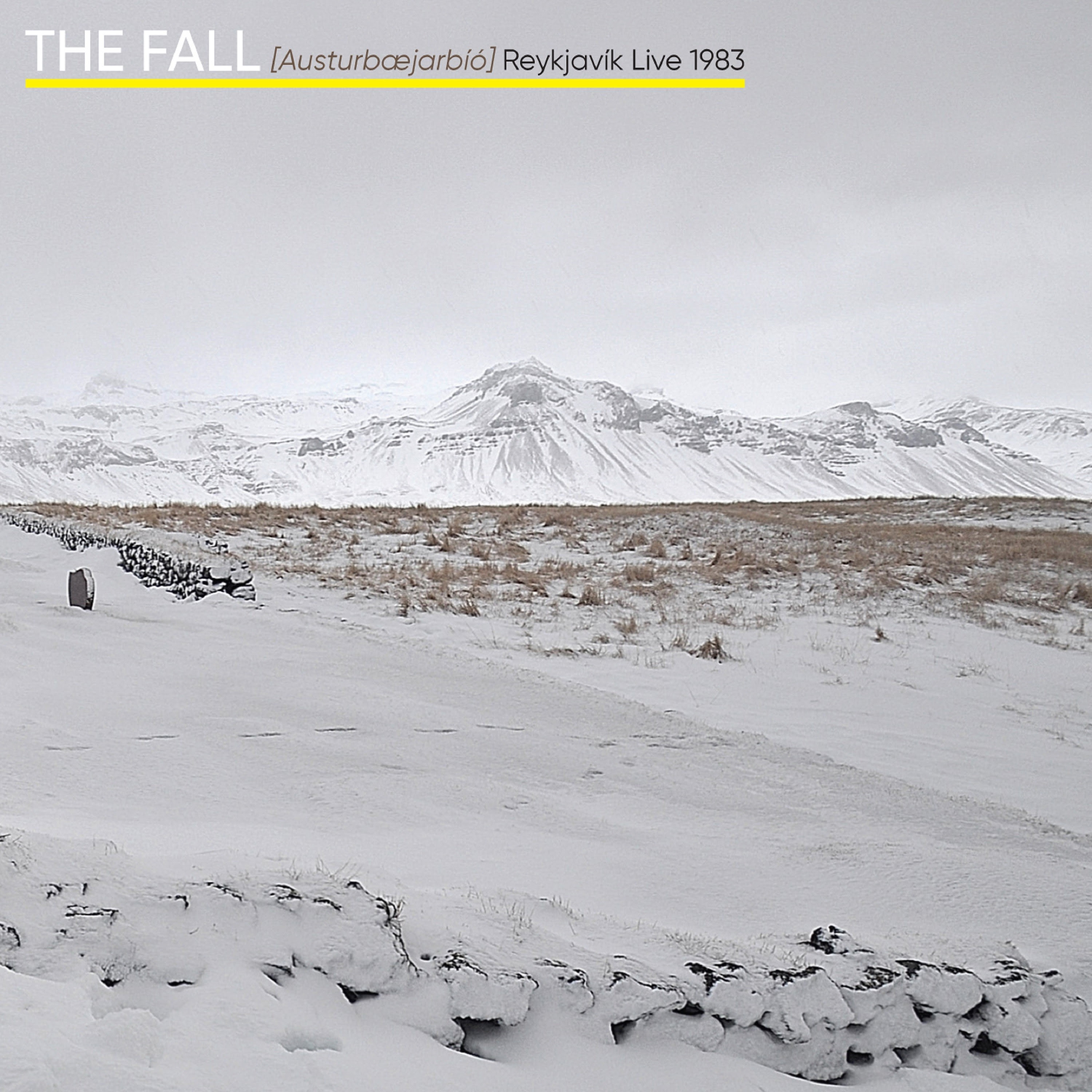 Originally released in February 2001 on the band's Cog Sinister label.
Recorded at the band's show on May 6, 1983 in Austurbæjarbíó, Reykjavik, Iceland, the gig showcases some new material that would surface on Perverted By Language later the same year.

It is an exemplary document of the band at that time, featuring the fabled line-up of Mark E. Smith / Steve Hanley / Paul Hanley / Karl Burns & Craig Scanlon.
This vinyl version is the first time this album has been released in this format and has been re-mastered by long term Fall engineer Andy Pearce.
"Austurbæjarbíó, Reykjavik Live 1983" will be available exclusively on Record Store Day 2020 and pressed in limited quantity on orange & yellow splatter vinyl.

Side One
1. Tempo House
2. The Classical

Side Three
1. The Man Whose Head Expanded
2. Garden
3. Kicker Conspiracy 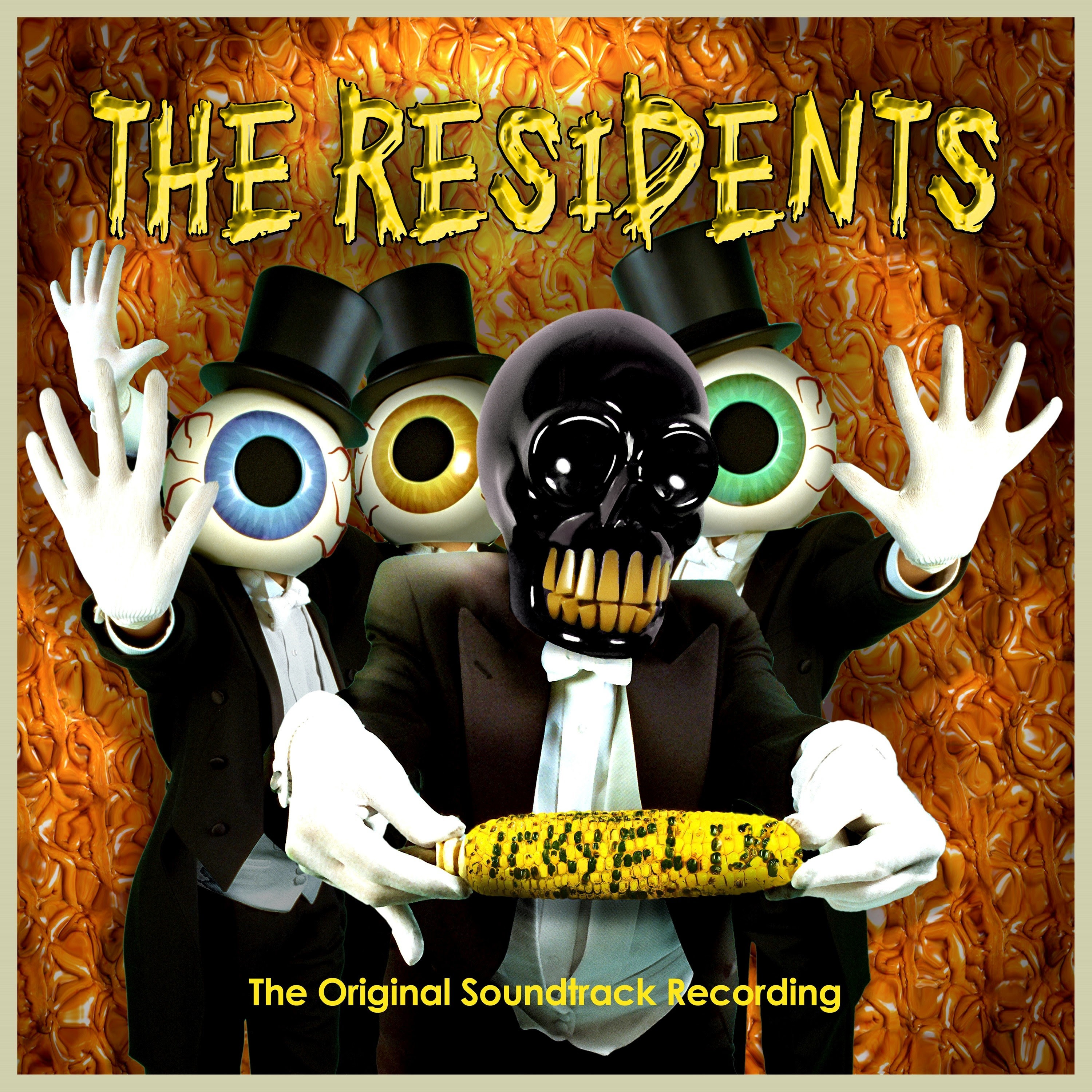 • FIRST TIME EVER RELEASE FOR THE COMPLETE ALTERNATIVE SOUNDTRACK TO THE GROUP'S SEMINAL 2001 VIDEO COLLECTION
• BRILLIANT STUDIO RE-INTERPRETATIONS OF CLASSIC MATERIAL, INCLUDING 'HELLO SKINNY', 'CONSTANTINOPLE', 'THIS IS A MAN'S MAN'S MAN'S WORLD', THE 'ONE MINUTE MOVIES' AND MORE
• 2LP SET PRESSED ON ORANGE AND YELLOW VINYL
• AVAILABLE IN LIMITED QUANTITIES WORLDWIDE

Released to mark the turn of the new millennium in 2001, the "Icky Flix" DVD showcased The Residents award winning videos in glorious technicolour. To accompany those icky old films, the group also produced brand new recordings of each of the twenty songs, providing an alternate new soundtrack to some otherwise ancient visual material.
Inspired in places, plain ridiculous in others, "Icky Flix - The Original Soundtrack Recording" now brings together those Residential classics in their unedited entirety, as reworked by the group and singer Molly Harvey in the year 2000.
Familiar to fans, enticing to the curious and just too damn weird to everybody else, this is The Residents up to their old tricks again, reworking some of their favourite old tunes in their own style. Whether or not some members of the group ever realised they'd recorded the originals of those tunes in the first place is anybody's guess.
Available exclusively for Record Store Day 2020, on coloured vinyl and in limited quantities worldwide.

Side B
1. Where Is She?
2. Vileness Fats (Concentrate)

Side C
1. This Is A Man's Man's Man's World
2. Stars And Stripes Forever
3. Harry The Head
4. Jelly Jack The Boneless Boy
5. The Gingerbread Man (Concentrate)
Side D
1. He Also Serves
2. Bad Day On The Midway (Concentrate)
3. Just For You (Disfigured Night Part 7)
4. Burn Baby Burn
5. Icky Out! 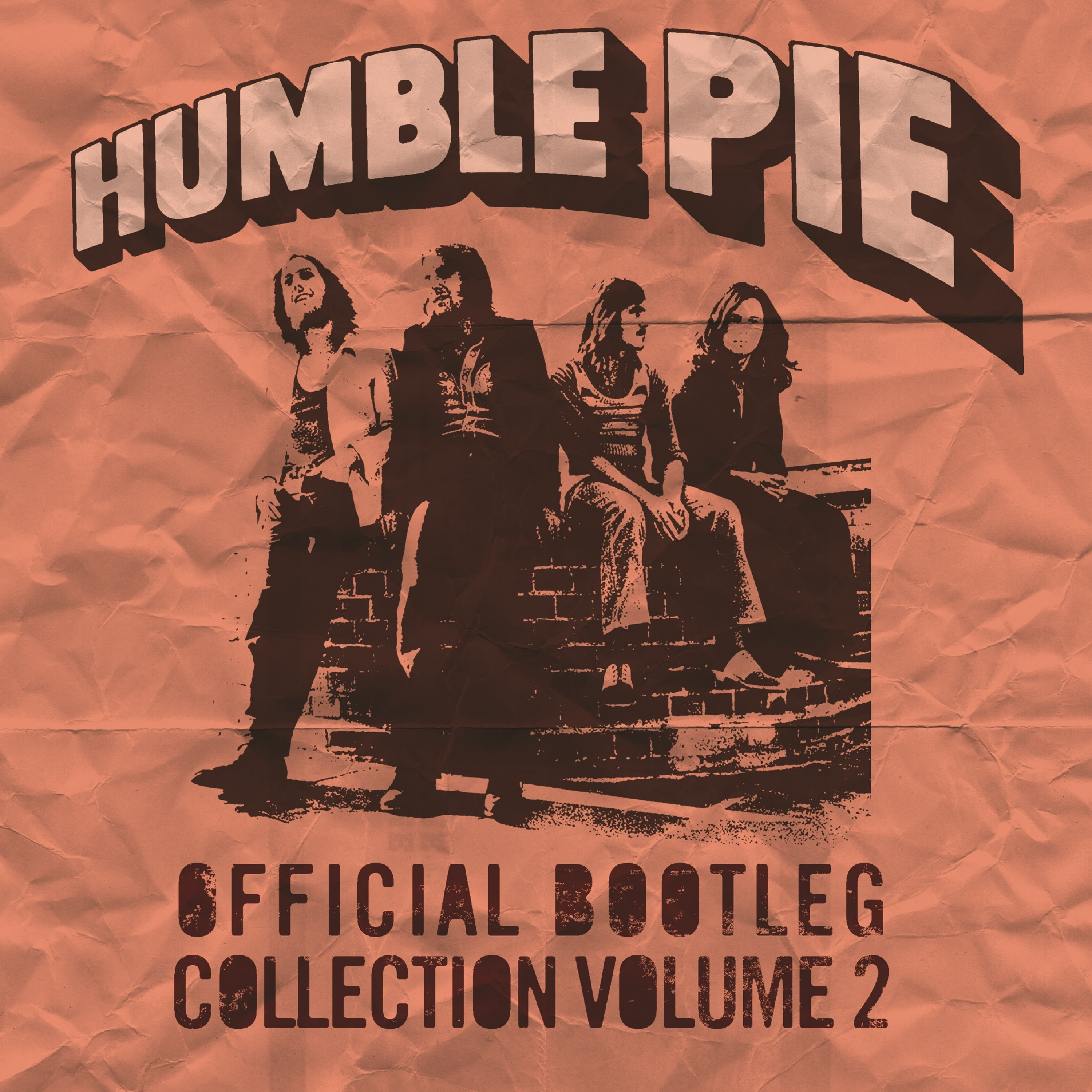 Originally emerging from the remnants The Small Faces, Humble Pie formed in 1969 when guitarist and vocalist Steve Marriott joined forces with Peter Frampton, drummer Jerry Shirley and bassist Greg Ridley, and began their assent to conquering the theatres and then arenas of North America, culminating in 1972's double live "Performance: Rockin' The Filmore". Frampton left in 1971 for a highly successful solo career, replaced by Colosseum's Clem Clempson, and it was this line-up that was captured in New York in 1971 at one of Clem's first shows with the Pie. The extemporisations of "Performance: Rockin' The Filmore" became the basis for much of Humble Pie's live repertoire for the remainder of the 1970s, but this 1971 New York show does include their unique take of Eddie Cochran's 'C'mon Everybody' and 'I Wonder' from the soon to be released "Smokin'" LP.

Side Two find The Pie backed up by the soulful backing vocals of The Blackberries; Venetta Fields, Clydie King & Billie Barnum, who appear on 'Oh La-De-Da', 'I Don't Need No Doctor' and '30 Days In The Hole'

Humble Pie split in 1975 following their Street Rats LP, but not before Side Three's Philadelphia show on March 15, 1975, featuring 'Four Day Creep' and 'I Don't Need No Doctor'.

The Pie would eventually reform for 1980's "On To Victory" comeback record, this time with a line-up featuring Bobby Tench from the Jeff Beck Group on guitar and vocals and bassist Anthony "Sooty" Jones. Side Four from Privates Club, N.Y.C. on March 25, 1981 features the epic 23 minute take of '30 Days in the Hole' / 'I Walk on Gilded Splinters'.

Housed in a gatefold sleeve, as well as plenty of rare memorabilia, the booklet features an essay from based on new interviews with Pie drummer, Jerry Shirley.

Whilst every effort has been made to produce the best possible audio, limitations in the material drawn from various, non-standard, and un-official sources means that the quality may not be up to the standard usually expected. All tracks have been included for their historical importance, and to present an anthology of Humble Pie live on stage from 1971-1981. The Official Bootleg Collection Volume 2 is a raw testament to what this band did best; playing bluesy, gutsy, soulful hard rock, live on stage. Drawn from a variety of mainly audience recordings that have previously only been available as "under the counter" pirate releases, this is an honest, often unforgiving, tribute to a classic and much missed '70s super-group.
Housed in a gatefold sleeve, the artwork features two essays, one of which is based on new interviews with Humble Pie drummer, Jerry Shirley.