Back on June 8, The Second Disc apprised its readers of a new collection being prepped by Elvis Costello for release on the Hip-o label. Entitled Pomp and Pout, it would be the first compilation of Costello’s Universal recordings, drawing on 10 years and 18 tracks. Originally scheduled for July 13 release, it was postponed to later in July, and then to late in August. Now, with the August 24 release date approaching, it appears that Pomp and Pout has either been postponed, or pulled altogether,

END_OF_DOCUMENT_TOKEN_TO_BE_REPLACED

In his interview with The Second Disc, producer Bruce Kimmel promised to reissue some long-lost musical revues among Kritzerland’s future releases; he makes good on his word with Monday morning’s announcement of the 1963 Los Angeles cast recording of Billy Barnes’ L.A. Billy Barnes’ L.A. opened on October 10, 1962 at that city's Coronet Theatre, still in use today as part of the Largo music and comedy club. It was recorded the following January at the legendary United Recording Studio on Sunset

END_OF_DOCUMENT_TOKEN_TO_BE_REPLACED

When Roger Keith “Syd” Barrett died on July 7, 2006 at the age of 60, rock music lost one of its most notorious and fascinating enigmas. A founding member of Pink Floyd, Barrett was the primary architect of the Floyd’s first studio album (1967’s The Piper at the Gates of Dawn) and author of the band’s first three singles: “Arnold Layne,” “See Emily Play” and “Apples and Oranges.” All of these accomplishments reveal Barrett’s unique psychedelic whimsy and stellar musicianship; despite going onto

END_OF_DOCUMENT_TOKEN_TO_BE_REPLACED

And Legacy’s Essential train just keeps on rolling along. Upgrades to Essential 3.0 have been announced for two popular volumes in the long-running series, The Essential "Weird Al" Yankovic and The Essential Barry Manilow. The new editions will expand the 2-CD releases with a third disc containing 6 and 7 tracks, respectively. While none of the tracks on the third discs appear to be rare, Essential 3.0 titles are usually priced very similarly to the original 2-CD sets (retailing for

END_OF_DOCUMENT_TOKEN_TO_BE_REPLACED

Our friends at Funky Town Grooves have recently announced a pair of new reissues restoring to catalogue three LPs by two deeply soulful ladies: Thelma Houston and Eloise Laws. Earlier this year saw Soulmusic.com's reissue of Houston's 1969 baroque soul classic, Sunshower, and now Houston's fans can rejoice with the reissue of two RCA LPs dating from 1980 and 1981: Breakwater Cat and Never Gonna Be Another One. While neither made much of an impression on the album charts, both boast Houston's

END_OF_DOCUMENT_TOKEN_TO_BE_REPLACED

You've got to hand it to the folks at Collectors' Choice Music: when they launch a new catalogue initiative, they don't mess around. After an initial offering last month of 10 releases on the new Tartare imprint, CCM has just announced a further 20 titles to bolster the budding Tartare lineup. The genres covered in this batch are incredibly diverse: from folk songs to groovy psychedelia, polkas to 1990s jangle pop, deep soul to disco, jazz to country. In short, there really is something for

END_OF_DOCUMENT_TOKEN_TO_BE_REPLACED

Some of rock’s finest will be receiving the deluxe treatment from audiophile specialist labels Audio Fidelity and Mobile Fidelity Sound Lab (MFSL) in the coming months: The Beach Boys, The Band, Gram Parsons, Deep Purple, Foreigner, The Pretenders and Billy Joel. The earliest release in this bunch is also one of the most exciting. The Beach Boys' Today! was released in 1965 and is generally remembered as one of the first albums on which Brian Wilson displayed the sensitive studio wizardry that

END_OF_DOCUMENT_TOKEN_TO_BE_REPLACED 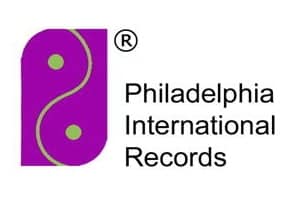 When Sony Music Entertainment reacquired the rights to the full Philadelphia International Records (PIR) catalog in 2007 (after losing control of the post-1976 output in 1984 to EMI), hopes were high that much of that storied hit factory’s catalogue would finally be reissued on CD. Arguably the 1970s’ answer to Berry Gordy’s Motown empire, Kenneth Gamble and Leon Huff’s label boasted a top-notch roster: Lou Rawls, The O’Jays, Harold Melvin and The Blue Notes, Teddy Pendergrass, The Three Degrees

END_OF_DOCUMENT_TOKEN_TO_BE_REPLACED

Neil Sedaka famously proclaimed that "The Tra-La Days Are Over" as the title of his (unfortunately out-of-print) 1973 album. But thanks to Wounded Bird (as if the label hadn't announced a big enough bonanza for reissue fans already!), fans of rock and roll's golden age have another chance to enjoy Sedaka's days as king of the shoo-be-doos and tra-la-las. Little Devil and His Other Hits/The Many Sides of Neil Sedaka is set for release on September 7 according to Pause and Play. For an artist with

END_OF_DOCUMENT_TOKEN_TO_BE_REPLACED

When Lee Hazlewood died in 2007 after a brave battle with cancer, music lost one of its true eccentrics. With a resonant baritone, a keen ear for a melody and a dry wit, Hazlewood was an unlikely recording star. His first long-term collaboration was with guitarist Duane Eddy, with whom he produced a string of hit instrumentals. His second such collaboration was a career-defining one with Nancy Sinatra, effectively launching her career with 1966’s “These Boots are Made for Walkin’” on the Reprise

END_OF_DOCUMENT_TOKEN_TO_BE_REPLACED

Everybody loves a clown, so why don't you? Many did indeed love acclaimed comedian and filmmaker Jerry Lewis, but it must have been a surprise when his 20-year old son, Gary, received quite a lot of chart love in 1965. Discovered at Disneyland and signed to Liberty Records by ace producer Snuff Garrett, Gary Lewis and the Playboys had a smash right out of the gate with "This Diamond Ring." Hitting No. 1 in the middle of the British Invasion, that Al Kooper/Bob Brass/Irwin Levine song remains a

END_OF_DOCUMENT_TOKEN_TO_BE_REPLACED

If sensitive composer/producer Brian Wilson was the soul of The Beach Boys, and brash frontman Mike Love the voice, passionate singer/guitarist Carl Wilson was no doubt the heart. There was little Carl Wilson couldn’t do, vocally, whether the angelic tones of “God Only Knows,” the soulful shouting of “I Was Made to Love Her” or the dreamlike psychedelia of “Feel Flows.” And when brother Brian wasn’t able to guide the band through the tumultuous 1970s, Carl stepped up to the plate with an amazing

END_OF_DOCUMENT_TOKEN_TO_BE_REPLACED

Thanks to our friends at MusicTAP for the tip that, on August 24, Legacy will celebrate the life of a great lady of song with its release of The Essential Lena Horne: The RCA Years. Like The Essential Henry Mancini (scheduled to be released on the same day), this release is far from definitive, but appears to be a solid introduction to one period of the late Horne’s magnificent career. That career saw the artist rising from her nightclub roots to break racial barriers in Hollywood, becoming one

END_OF_DOCUMENT_TOKEN_TO_BE_REPLACED

We catalogue music enthusiasts just can't get enough. Near-universal acclaim greeted Kritzerland on its re-release of the original cast album of Burt Bacharach and Hal David's Promises, Promises, including from your humble correspondent. Yet many of those cheers were quickly followed in the fan community by: "Now, when are you going to release the London Cast Recording?" The long-lost United Artists LP was recorded in 1969 with the stars of the production at the Prince of Wales Theatre: Tony

END_OF_DOCUMENT_TOKEN_TO_BE_REPLACED

Henry Mancini’s film score work has been anthologized numerous times, and the latest such release is due August 24 from Legacy as part of their ongoing The Essential… series. The Essential Henry Mancini is a 2-disc overview containing 36 tracks, dating between 1958 and 1983. During that time, Mancini was one of Hollywood’s most prolific composers, creating memorable themes for the big and little screens alike. Mancini’s longterm collaboration with Blake Edwards ranks with the Danny Elfman/Tim

END_OF_DOCUMENT_TOKEN_TO_BE_REPLACED

While the original British Invasion is now just a few years south of 50, its music continues to endure. The Second Disc is pleased to report on a trio of new releases coming our way from two of the U.K.’s seminal artists, The Searchers and Petula Clark. One of the best and most successful bands to come out of Liverpool, The Searchers may have toiled in the shadow of that other band from Liverpool, but hits like “Sugar and Spice,” “Pins and Needles” and “When You Walk in the Room” remain some of

END_OF_DOCUMENT_TOKEN_TO_BE_REPLACED

The San Francisco Bay Area music scene of the 1960s was certainly one of the most fertile at that time or any other; groups of such prodigious invention as The Grateful Dead, Creedence Clearwater Revival and Quicksilver Messenger Service all thrived and found a national audience. With apologies to The Dead, though, the longest and strangest trip of all may have been taken by the Bay Area's own Jefferson Airplane. Drawing on blues, rock, folk, jazz and psychedelia, the Airplane carved out a niche

END_OF_DOCUMENT_TOKEN_TO_BE_REPLACED

This is shaping up to be an exciting week for classic soundtrack fans. Hot on the heels of Film Score Monthly’s announcement of a Bronislau Kaper collection, Kritzerland unveiled its latest release Monday morning: Marvin Hamlisch’s score to the 1983 film Romantic Comedy. Hamlisch is too often underrated in the film scoring department, although can you really call someone underrated who has amassed three Academy Awards, three Golden Globes, four Emmy Awards, four Grammy Awards, a Tony Award and

END_OF_DOCUMENT_TOKEN_TO_BE_REPLACED

There's rarely such a thing as a Monday matinee, but that won't keep The Second Disc from ushering in the week with news of a quintet of reissues from our friends at Film Score Monthly and Sepia Records. These exciting releases are sure to please devotees of both soundtracks and cast albums. Film Score Monthly kicks things off with their new release of BUtterfield 8: Bronislau Kaper at M-G-M, Volume 1 (FSM 1309). Kaper rarely seems to be afforded the acclaim given to many of his contemporaries,

END_OF_DOCUMENT_TOKEN_TO_BE_REPLACED

“If you like pina coladas, and getting caught in the rain”…Come on, you know how it goes, sing along…“If you’re not into yoga, if you have half a brain…” So goes the song that got Rupert Holmes into the record books as singer/songwriter of the last No. 1 hit of the 1970s and the first of the 1980s. While it may be the most famous song penned by the idiosyncratic artist/composer/producer (and collaborator of artists ranging from Streisand to Sparks!), it’s merely the tip of the iceberg for Rupert

END_OF_DOCUMENT_TOKEN_TO_BE_REPLACED 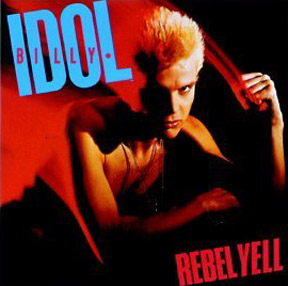 END_OF_DOCUMENT_TOKEN_TO_BE_REPLACED

Oh my, my! Ringo Starr turned 70 on July 7 and celebrated with a concert at Radio City Music Hall and an afternoon “Peace and Love” celebration. After the breakup of The Beatles, few would have believed what a prolific career the former Richard Starkey would have; his 15th studio album, Y Not, saw release via Hip-O Records just this past January. Ringo’s always gotten by, well, with a little help from his friends. His first solo LP, 1970’s Sentimental Journey, found George Martin in the

END_OF_DOCUMENT_TOKEN_TO_BE_REPLACED

Whenever the temptation exists to get depressed about the state of the catalogue business, a reissue comes along as a reminder of a couple things. One, that good things, indeed, do come to those who wait. Two, that sooner or later most everything will see the light of day. One such reissue arrived from DRG Records on June 29 to sadly little fanfare. This totally unexpected set joins albums by two disparate artists, yet stands as a cohesive and altogether rewarding listening experience. Harry

END_OF_DOCUMENT_TOKEN_TO_BE_REPLACED

The Fourth of July isn’t usually a holiday known for gifts. But your humble reviewer felt as if he got a gift, and what a gift!, on July 3 when Kritzerland’s limited edition deluxe 2-CD reissue of the original cast album of Promises, Promises (KR 20015-9) arrived in the mail. As a result, much of the weekend was spent listening to an album I’ve known for years, but hearing it as if for the first time. For background on this release, see The Second Disc’s post of June 14 and join us after