It’s hard to believe The Second Disc has never done an ongoing round-up of all the reissues, remasters, compilations and box sets. (Perhaps it felt redundant? Everyone does it.) But sometimes there’s just so much stuff to consider – especially with the holiday season fast approaching – so it’s time to jump on the bandwagon and give you, the treasured reader, a comprehensive list of what’s coming out in the catalogue world this week.

The Fab Four have their most famous compilations – the Red and Blue albums, originally released in 1973 – remastered and reissued to fit alongside your batch of Beatles remasters from last year. These two-disc sets will include expanded liner notes adding a new set of essays by author Bill Flanagan and rare photos. (Amazon links: Red and Blue) 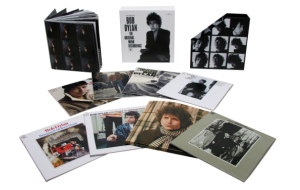 A trove of Dylan music is coming your way this week. Legacy’s releasing a box set of Dylan’s first eight studio LPs (from 1962’s self-titled debut to 1967’s John Wesley Harding) as well as a compilation of highlights from the box (with the mono mix of non-LP track “Positively 4th Street,” which is being offered as a download with the box set). And there’s a new entry in The Bootleg Series – a collection of early demos, featuring several previously unreleased songs. Anyone who pre-ordered the box or the demo set on Amazon got a free extra disc of a live show recorded at Brandeis University in 1963; they’re now available as exclusive editions on Amazon now. (Amazon links: The Original Mono Recordings, The Best of the Original Mono Recordings, The Witmark Demos) 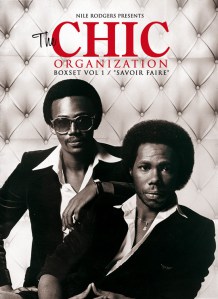 Right now, the best reason to want to live in France (besides the art and architecture) is the easier acquisition of this box set, a four-disc set personally assembled and curated by CHIC guitarist/co-founder Rodgers. It features the best of CHIC’s singles and disco mixes, plus tracks Rodgers and Bernard Edwards produced for Sister Sledge, Diana Ross, Carly Simon and Johnny Mathis and additional rarities and unreleased material (including some swell new remixes produced by Dimitri from Paris). Hopefully Volume 2 (or a domestic release of Volume 1) can’t be far behind. (Amazon link)

There’s more after the jump!

This Amazon exclusive packages three collaborative efforts between the Beatle and the sitarist – 1974’s Shankar Family & Friends, 1976’s Ravi Shankar’s Music Festival from India and 1997’s Chants of India – alongside a previously unreleased concert from the Royal Albert Hall in 1974 on DVD. (Amazon link)

The Irish rock-soul singers might be best known for “Come On Eileen” in the U.S., but their debut album had a chart-topper in the U.K., the peppy “Geno.” This U.K. release expands the album to two discs, with the usual single mixes, B-sides, demos and live material. (Amazon UK link)

A four-disc box set commemorating the 40th anniversary of the indie label features tracks from each of their four decades. The best of folk, blues and roots music abounds. (Amazon link)

Two expanded reissues from the Haircut 100 frontman. The double-disc expansion of North of a Miracle (1983) features B-sides, 12″ remixes and a previously unreleased live concert added to the original album, and From Monday to Sunday (1993) includes B-sides and unreleased demos. (Cherry Red link)

The late Jermaine Stewart, he of the infamously catchy one-hit wonder “We Don’t Have to Take Our Clothes Off,” has his breakout LP remastered with six bonus tracks.

This buried treasure, a 1989 collaborative effort between Bill Sharpe of the British jazz-funk outfit Shakatak and “Cars” singer Gary Numan, is put back on CD after a lengthy absence, and expanded with rare single mixes. (Cherry Pop link)

Six classic re-recordings from Gerhardt’s National Philharmonic Orchestra, recorded between 1972 and 1976, feature great film music from Korngold, Tiomkin, Waxman, Newman and Steiner. It’s great to see these back in print; here’s to more reissues in the series! (Amazon link)