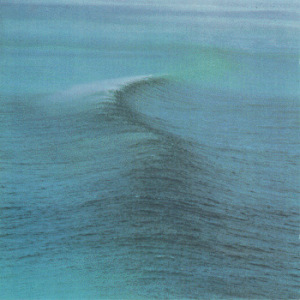 Rock music has a definite genre problem. When Rhino Handmade announced the reissue of Ride’s Nowhere late last year, some absent-minded reading on Wikipedia yielded a primer on the shoegaze genre. “Shoegaze” is one of those things you might encounter if you were a voracious reader of music reviews in the early ’90s, but it might have just been a word rather than a whole genre.

Shoegaze was a mini-genre assigned to bands with a particular style – particularly, effects-laden guitars taking center-stage, washing over the vocal tracks in a Wall of Sound-like fashion. (The term itself came from the mostly unmoving stance of the performers on stage, eyes usually cast downward to focus on the changing of effects pedals.) While shoegaze has certainly earned its keep as a genre – thanks in large part to My Bloody Valentine’s Loveless – part of me feels the whole assignment of the genre seems unnecessary. Shoegaze, like indie-rock and Britpop and grunge and industrial, is rock and roll, and it carries the basic qualities you’d expect from rock, regardless of guitar and vocal texture.

That was the initial takeaway in hearing Rhino’s expanded Nowhere package (Rhino Handmade RHM2 525247), finally released last week. While the album is rightfully seen as one of the great LPs of the shoegaze era – to many, it sits right next to Loveless – it seems ridiculous to judge its merits on a genre that was largely blown off the map by grunge, itself replaced by Britpop years later and so on. Indeed, it seems not a second goes by on the album without the triumphant, insistent ringing of a guitar. And it’s not easy to inherently pick up on what Mark Gardener and Andy Bell are singing. But let it be known: more than any other genre, Nowhere is a great rock album.

The first disc is full of enough studio mastery to entice the first-time listener. Fifteen tracks are presented on Disc 1, listed as the contents of the Nowhere LP and the Today Forever EP from 1991. This is technically true, although original pressings of Nowhere only had eight tracks. That would make Tracks 9-11 officially stem from a different EP, Fall, and it’s admittedly a far better listen knowing that those tracks can be indexed separately. The eight-track Nowhere is a sublime experience, heavy on sweet harmonies from Gardener and Bell and those hypnotic guitars (though the rhythm section – bassist Steve Queralt and drummer Laurence Colbert – are just as vital to Ride’s sound). Those eight tracks continue to plateau through the urgent cooldown of the last three tracks, “Decay,” “Paralysed” and “Vapour Trail.” Compared to the slightly more ragged, effects-heavier and generally shorter-length treatment on the tracks from Fall and Today Forever, Nowhere deserves to be eight tracks. (Not that the other tracks aren’t welcome, but the rush of those first eight tunes are hard to compare.)

Rhino’s package is further fleshed out by a 12-track live disc recorded at the Roxy Theatre in Los Angeles in 1991. The form of the tracks doesn’t deviate terribly from how they’re heard in the studio, but there seems to be a greater separation of guitar tracks and a heavier emphasis on rhythm. (The trade-off is rawer vocals with far less harmonies. Think of it as an alternate mix of the album, in that respect.)

Bottom line? If you’re a shoegaze fan, you’re going to want to pick this reissue up. But if you’d rather dispense with that genre and opt for some straightforward rock-and-roll goodness…you’re still going to want to spring for this one.