The first two albums by the onetime Wailer are greatly expanded with rare alternate mixes and other goodies. (Official site) 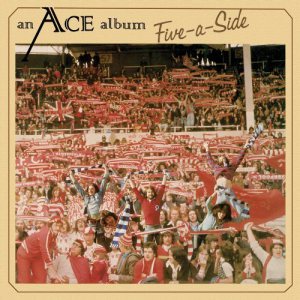 How long can you wait for expanded editions of the whole Ace catalogue? Each set (Five-a-Side as one set and the other two albums in another package) is remastered and expanded with a host of BBC session tracks. (Cherry Red)

We’ve been totally remiss lately about the Suede remasters, which by all accounts are damn good. So let us remind you that an expanded edition of Head Music came out today, with similar expansions of Suede, Dog Man Star and Coming Up already available. And A New Morning will be expanded next week! (Official site)

The latest Audio Fidelity Gold CDs are Carly Simon’s breakthrough LP (the one with “You’re So Vain,” which I hope Matt Rowe correctly predicts will be expanded in the near future) and Bad Company’s great sophomore album (with “Feel Like Makin’ Love” and “Shooting Star”). (Audio Fidelity)

They just. Won’t. Quit. (Original post with links to all the titles in this batch)