END_OF_DOCUMENT_TOKEN_TO_BE_REPLACED

There’s been some heavy Traffic at the record store lately.  This month has already seen a 2-CD edition of Steve Winwood’s Arc of a Diver, and it’s recently been joined by Esoteric Recordings’ latest offering from the catalogue of Winwood’s Traffic cohort, the late Jim Capaldi.  Following reissues of the songwriter and drummer’s Oh, How We Danced (1972), Whale Meat Again (1974), The Sweet Smell of Success (1980) and Let the Thunder Cry (1981), the Cherry Red Group imprint has turned its

END_OF_DOCUMENT_TOKEN_TO_BE_REPLACED

Steve Winwood, Arc of a Diver: Deluxe Edition (U.S./U.K.) (Island/UMC) While you see a chance, take one on this new edition of Winwood's 1980 album, expanded with a handful of bonus tracks and a lengthy audio documentary. Louis Armstrong & The All-Stars, Satchmo at Symphony Hall 65th Anniversary: The Complete Performances(U.S.) (Hip-O Select/Verve) A classic 1947 performance first released in 1951 is fully expanded to include both complete performances from that lauded night, with new

END_OF_DOCUMENT_TOKEN_TO_BE_REPLACED

Steve Winwood turned 32 in 1980, a grand old man by rock and roll standards.  He was already a veteran, having played with the Spencer Davis Group, Blind Faith and perhaps most notably, Traffic, but a 1977 solo debut failed to yield significant commercial gains.  “I suppose I’ve always been a band leader, rather than a virtuoso like [Blind Faith bandmate] Eric Clapton,” Winwood once mused.  So it might have come as a shock to many when the inner virtuoso emerged on New Year’s Eve, 1980, with the

END_OF_DOCUMENT_TOKEN_TO_BE_REPLACED

When Steve Winwood sees a chance for a deluxe reissue, he takes it! Arc of a Diver, first released on New Year’s Eve 1980, marked the solo commercial breakthrough for the former Spencer Davis Group, Traffic and Blind Faith member, peaking in the U.S. at an impressive No. 3 on the Billboard 200 and spawning the hit single “When You See a Chance,” which earned a No. 7 placement on the Hot 100.  Due on September 24 in the U.K. from Universal/Island, the 2-CD deluxe Arc of a Diver comes a couple of

END_OF_DOCUMENT_TOKEN_TO_BE_REPLACED

Peter Tosh, Legalize It: Legacy Edition / Equal Rights: Legacy Edition (Columbia/Legacy) The first two albums by the onetime Wailer are greatly expanded with rare alternate mixes and other goodies. (Official site) Ace, Five-a-Side: Expanded Edition / Time for Another/No Strings: Expanded Edition (Cherry Red) How long can you wait for expanded editions of the whole Ace catalogue? Each set (Five-a-Side as one set and the other two albums in another package) is remastered and expanded with a

END_OF_DOCUMENT_TOKEN_TO_BE_REPLACED

UPDATE 6/20: With a day before these sets are to hit stores, here's the post with the track list for the one compilation that hadn't been confirmed at the time - an incredibly slight collection for Steve Winwood. Just Steve Winwood. Not Traffic or anything else. Make of that what you will. Original post: The latest batch of ICON titles hasn't even hit stores yet, but yet another assortment of them has been announced for release next month. While, as always, there's not much in the way of

END_OF_DOCUMENT_TOKEN_TO_BE_REPLACED

It's time to clear a space on your shelf next to Steve Winwood's 1995 box set The Finer Things or its 2010 counterpart Revolutions. The life and career of Winwood's longtime collaborator Jim Capaldi (1944-2005) is being celebrated by the fine folks at Universal U.K. with a lavish new box set, Dear Mr. Fantasy: The Jim Capaldi Story. Set for release on June 27, Dear Mr. Fantasy is named after one of Traffic's most beloved songs.  It encompasses Capaldi's work with that group as well as early

END_OF_DOCUMENT_TOKEN_TO_BE_REPLACED 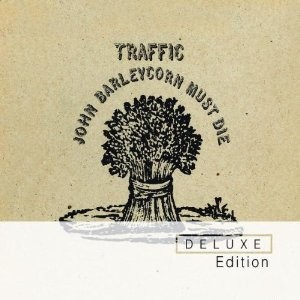 Well, at least it will be expanded. Traffic's John Barleycorn Must Die (1970) is coming out as a double-disc deluxe edition in February. Originally intended as Steve Winwood's first solo album after the dissolution of Blind Faith, John Barleycorn became a reunion project for Traffic and spawned several well-known songs including "Glad" and "Empty Pages." It was also the highest-charting album of Traffic's career in the U.S., hitting No. 5. A previous reissue in the U.K. in 1999 added two

END_OF_DOCUMENT_TOKEN_TO_BE_REPLACED 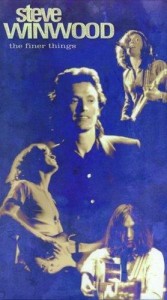 As many of our readers know, Island released a new-ish Steve Winwood box set, Revolutions: The Very Best of Steve Winwood. I say "new-ish" because the offerings weren't terribly different from the last expansive anthology of Winwood material, 1995's The Finer Things. Predictably, the set didn't do terribly well - a shame because Winwood is a solid, enjoyable performer to listen to, but simultaneously not a shame since it doesn't offer enough new stuff for catalogue enthusiasts to savor. But the

END_OF_DOCUMENT_TOKEN_TO_BE_REPLACED

There's some new info to post about Revolutions: The Very Best of Steve Winwood, the upcoming four-disc Steve Winwood box that may or may not be as good as the last Winwood box. This comes from a comment by an admin on Winwood's official Web site. Also, note that the Amazon selling price is a not-terrible $39.98: All the material in this box set was transferred from the original analogue master tapes at 24-bit, 192k resolution in 2010 using the highest quality Prism A-D conversion. The albums

END_OF_DOCUMENT_TOKEN_TO_BE_REPLACED

The announcement of Revelutions: The Very Best of Steve Winwood - a new compilation from Island available as either a single-disc compilation or a four-disc box set - should be exciting. Winwood is a hell of a musician whose illustrious career has seen him work with Blind Faith, Traffic and The Spencer Davis Group, not to mention his own successful solo work. But this set is boring, not just for its lack of vault content but because it's essentially been released before. The Finer Things was a