It's Tuesday, but most of the new music this week has already been out for a day. But assuming you were too busy to get out to the shops, here's a look at what's new. And there's quite a bit!

Six of the first seven Philles albums presented in mono, along with a bonus disc of those delightfully out-there instrumental B-sides. Seriously, have you heard any of them? They're crazy. In a good way, that is. 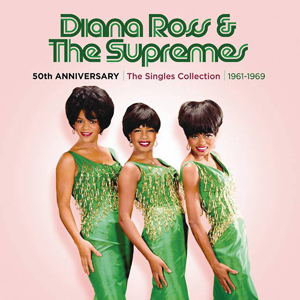 Two new triple-disc sets capture two of Motown's greatest groups at their peak, with every A- and B-side from the listed periods contained therein.

The first four are the 2004 Rhino reissues in jewel cases instead of digipaks (although Graceland is re-remastered), the last is a two-disc compilation handpicked by Simon himself with a big thick booklet for your persual. (Have you read Joe's great review? You really should.)

Two new sets - a 3-disc DVD box and a double-disc CD set - capture 25 years of one of the best known (and, let's face it, best) benefit concert series of all time. Neil Young, Bruce Springsteen, Pearl Jam, Bob Dylan, The Who, Simon and Garfunkel, Paul McCartney, Sonic Youth and a host of other rock luminaries appear.

Four CDs of vintage blues goodness from The Wolf - including some tracks making their Stateside debut.

The great British roots-rockers' major label debut, expanded with a bonus track, a live disc and a DVD documentary.

The original, classic albums in mono, on CD! (There are a few other notables coming from Sundazed for you '60s fans, too.)

A limited edition collection of the alternative band's studio albums, plus an album of non-album covers, previously only available as a Record Store Day exclusive. (It's sold out online, but I'm sure it's still up for grabs here and there.)

Previously a Best Buy exclusive, it's worth noting that this title is now available everywhere. Hooray!