END_OF_DOCUMENT_TOKEN_TO_BE_REPLACED

Exactly thirty years ago tomorrow, September 24, 1991, Nirvana's Nevermind hit store shelves.  To celebrate this new anniversary, Geffen/UMe has announced new reissues of the album in a variety of formats including two editions of a super deluxe box set: an 8-LP version with a bonus 7-inch single, and a 5-CD version with a Blu-ray.  All editions and formats are due out on November 12. It is the rare album that can be said to have changed the landscape of popular music, but that is no

END_OF_DOCUMENT_TOKEN_TO_BE_REPLACED

With Public Enemy’s Chuck D engaged as the Record Store Day Ambassador for 2014, it’s only appropriate that one of his own records is arriving this Saturday as a special limited edition vinyl platter. The new reissue of Public Enemy’s It Takes a Nation of Millions to Hold Us Back will be joined on RSD by a host of other vinyl goodies from Universal Music Enterprises (UMe).   Previously unreleased music from Frank Zappa (previewing the upcoming 40th anniversary reissue of Apostrophe) and the

END_OF_DOCUMENT_TOKEN_TO_BE_REPLACED

In what appears to be a repeat of a successful formula and a sign of what it takes to get even the biggest catalogue releases to big box retail shelves, Universal will again pair with Target stores for an exclusive version of a Nirvana reissue. Following 2011's exclusive single-disc expansion of Nevermind - which put the first disc of the deluxe edition in its own jewel case, allowing fans to buy simply the remastered album and all the original B-sides in one set instead of any of the

END_OF_DOCUMENT_TOKEN_TO_BE_REPLACED

[youtube=http://www.youtube.com/watch?v=4-uet7twNu0] The above video repurposes a vintage advertisement to tell fans that UMe is planning a 20th anniversary reissue of Nirvana's final album, 1993's In Utero, on September 24. In its own weird way, the video - featuring band members Kurt Cobain, Krist Novoselic and Dave Grohl being coached through a surreal lamaze class by comedian Bobcat Goldthwait - indicates how unusual the album was. In Utero was the polar opposite of 1991's

END_OF_DOCUMENT_TOKEN_TO_BE_REPLACED

The world of rock and roll is littered with captivating tales of what-ifs and alternate routes that pushed a musician in one direction instead of another. One such captivating story of late is that of Jason Everman, a seemingly unassuming Army Ranger today who at one point was a member of the Seattle grunge scene, playing in both Nirvana and Soundgarden before both rocketed to success in 1991. What's particularly interesting about that New York Times piece on Everman, other than its subject, is

END_OF_DOCUMENT_TOKEN_TO_BE_REPLACED

Here in the U. S. of A., Black Friday is almost upon us: that unusual date following the prior day of giving thanks, in which consumers make a mad dash to the local big-box store, mall or shopping center to procure bargains for the holiday season ahead.  Retailers are controversially beginning Black Friday “festivities” even earlier than usual this year, with many sales starting on Thanksgiving Day itself and not even at midnight but in the early part of the evening.  For a number of recent

END_OF_DOCUMENT_TOKEN_TO_BE_REPLACED

We're in the Top 20 of Rolling Stone's Greatest Albums of All Time list, going through the various reissues and expansions of each one! This time, we have a Boss, a champion of a '90s rock revolution, a poet of the '60s - and starting right now, the King of Pop himself. Read on! 20. Michael Jackson, Thriller (Epic, 1982) Nine disparate songs, helmed by a producer of straightforward jazz and R&B, and performed by a 24-year-old former child star-turned-gawky but dedicated perfectionist. It

END_OF_DOCUMENT_TOKEN_TO_BE_REPLACED

It finally happened. After around 20 months at the helm of The Second Disc, I think I've finally stumbled over a reissue that feels...dare I say it...misguided. Not entirely misguided, mind you, but misguided enough that it took me far longer than anticipated to bang out some thoughts on the title at hand, to understand what it meant for all of us as collectors and enthusiasts of catalogue material. Not a total strikeout, but a hit that barely gets a runner to second base, when it should have

END_OF_DOCUMENT_TOKEN_TO_BE_REPLACED

It's about a week until Nirvana's Nevermind inundates record store shelves, and it seemed like a good idea to sort everything out, for the sake of clarity when September 27 rolls around. Of course, as previously reported, there are four major formats for this reissue: a single-disc remaster of the original album, a double-disc deluxe edition, a four-vinyl LP set and a four-CD/one-DVD super deluxe edition. It's worth noting, however, that the vinyl set will street a week later, on October 4. And

END_OF_DOCUMENT_TOKEN_TO_BE_REPLACED

UPDATE: The track listing is now at the bottom of the post, courtesy of the NME! Original post: Back on June 22, we reported on Geffen Records/Universal Music Enterprises' plans for a 20th anniversary edition of Nirvana's 1991 Nevermind, originally released on September 24 of that year. New details have been released on the set which will arrive in stores on September 27, just three days after the exact anniversary.  Universal has stopped short of providing a complete track listing, but one

END_OF_DOCUMENT_TOKEN_TO_BE_REPLACED

Back in April, in a Back Tracks post commemorating Nirvana on the occasion of Kurt Cobain's passing, we declared it "inconceivable that the powers-that-be at Geffen/UMe wouldn't be thinking of reissuing [breakthrough album Nevermind] for the two-decade mark (especially with the exact anniversary falling in November, just in time for the box set frenzy associated with the fourth quarter)." At the time, the band's Hormoaning EP had received a domestic vinyl reissue for Record Store Day and 20th

END_OF_DOCUMENT_TOKEN_TO_BE_REPLACED 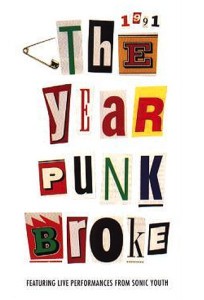 Thanks to Slicing Up Eyeballs for this neat tip over the weekend: 1991: The Year Punk Broke is making its debut on DVD later this year. This documentary of Sonic Youth and Nirvana's European tour of 1991 - a precursor to the breakthrough Nirvana would experience with Nevermind some 20 years ago - was released on VHS and laserdisc many years ago, and featured performances by both bands as well as other luminaries of the age including Dinosaur Jr., The Ramones and more. The DVD will feature a

END_OF_DOCUMENT_TOKEN_TO_BE_REPLACED

Seventeen years ago today, Generation X lost an icon when Kurt Cobain, the talented, troubled frontman for Nirvana, took his own life in his Seattle home. Nirvana were three albums into their career, but had already redefined music for an entire cachet of disaffected youth. The genre that came to be known as grunge music, based on frequently alternating dynamics, heavy distortion and angst-filled lyrics, was forged largely under the songwriting tactics of Cobain, who very reluctantly accepted

END_OF_DOCUMENT_TOKEN_TO_BE_REPLACED 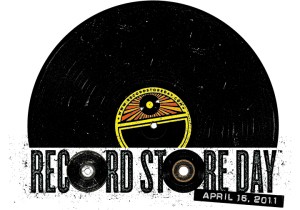 Mark your calendars if you haven't already, music fans: April 16 is the fourth annual Record Store Day! What started as a small declaration of independence for brick-and-mortar, mom-and-pop record stores in the face of industry decline has blossomed into a worldwide celebration with goodies provided by major and independent labels. And because lots of record store fans are also big into catalogue stuff like you and me, a lot of the RSD exclusives focus on reissues or anniversary repressings in

END_OF_DOCUMENT_TOKEN_TO_BE_REPLACED 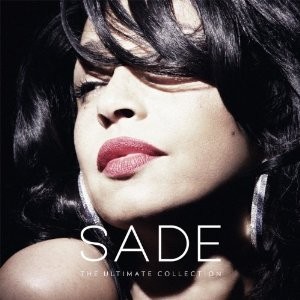 Epic/Legacy will release The Ultimate Collection by Sade on May 3. Intended to tease the band's long-awaited summer tour, the set will feature tracks from all the band's albums, from 1984's Diamond Life to 2010's Soldier of Love, and will feature three unreleased tracks, including a new remix of Solider track "The Moon and the Sky" featuring rapper Jay-Z. Those who pre-order the set through the band's official site will get exclusive access to ticket pre-sales for recently-announced dates

END_OF_DOCUMENT_TOKEN_TO_BE_REPLACED

As we fast approach April 16 - this year's Record Store Day, the music geek's Christmas - we're starting to see more vinyl reissues happening in independent stores especially for the occasion. Two of the most recent ones take us back to the rock and roll sound of the 1990s, from traditional grunge to spacier, experimental styles. Twenty years ago, Matthew "Slim" Moon formed a record label in Olympia, Washington, with the intention of putting out eclectic records, from spoken word to punk. That