Doin' It for Themselves: Funky Town Grooves Plans Major Expansions for Aretha and Andre 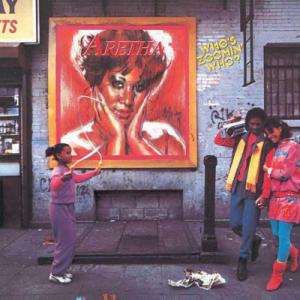 As independent reissue labels go, Funky Town Grooves has long been a pioneer in cratedigging through scores of forgotten soul and R&B favorites, many from the fertile period of the 1980s. This year, the label has announced two expanded releases that may be among their most ambitious, for two of the best-loved R&B albums of the decade.

First up, this March will see an expanded edition of Who's Zoomin' Who?, the major comeback by The Queen of Soul, Aretha Franklin. Aretha had ended the 1970s leaving her longtime home at Atlantic for Clive Davis' Arista label. Her early albums, while boasting a host of talent (namely producer Luther Vandross), never caught on with an increasingly future-forward young audience.

With 1985's Narada Michael Walden-produced Who's Zoomin' Who? The Queen planted herself into the consciousness of the MTV generation, thanks to colorful videos for the wildly catchy singles "Freeway of Love" (a No. 3 hit, her first Top 10 since 1973); "Sisters Are Doin' It for Themselves," a duet with New Wave duo the Eurythmics from their Be Yourself Tonight album and the Top 10 title track of the album. This touched off a major rediscovery of Aretha, which culminated with her induction into the Rock and Roll Hall of Fame in 1987 and arguably hasn't cooled since. FTG's double-disc presentation of the album remasters the original album and provides 17 bonus tracks - every remix, extension, edit and dub of the album's five singles.

It's onto a noted Prince associate - and just a spot of reissue drama - after the jump! 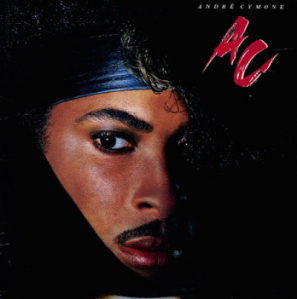 Dedicated soul enthusiasts and Prince fanatics know Andre Cymone's name for a number of reasons. One likely reason is his noted association with Prince from their early days in local Minneapolis band 94 East to his brief tenure with Prince's band before it became The Revolution. (Cymone of course did reap the benefits of his collaboration, recording a mildly successful version of Prince outtake "The Dance Electric," and would later find some success with onetime wife Jody Watley, for whom he produced "Looking for a New Love.")

But if you didn't remember that backstory, you might have remembered that this is not the first time The Second Disc has reported on a reissue of A.C., the 1985 album that gave fans "The Dance Electric." A single-disc expansion was released by U.K. reissue label Big Break Records last fall. Shortly thereafter, we reported that Cymone's other two albums for Columbia were getting expanded by Funky Town Grooves - but it's recently been revealed that BBR has expansions of those two albums due soon. Commenting on what is likely a sticky situation for fans and collectors, label manager Wayne A. Dickson posted on the label's Facebook page, in part:

Occasionally other labels will get the clearance to release some of these albums in other territories. I would like to stress that we bare [sic] them absolutely no ill will whatsoever and genuinely wish them well with all of their releases. We do not see this as a reason to change our plans and deny our loyal fans or the UK market in general a BBR edition of an album that we feel we can bring something extra to. We know that customers will make their own informed decisions about what they want to buy and we are happy that the music we love can be available again.

Details on the bonus tracks for the BBR editions of the Cymone albums will be posted as soon as they're made available. In the meantime, you can check out the specs on FTG's Who's Zoomin' Who? (due out March 20) and A.C. (tentatively scheduled for April) below.